Sanodg’s Drawings for 23 Minutes at an Exhibition 1-2-3 is an album recently released by DETUNE and features music by sanodg (Nobuyoshi Sano). Titled after Mussorgsky’s iconic work, the music is written for an art exhibition. Given that it isn’t for a game medium, what can you expect from the music itself?

The premise of this album is that of music to accompany artwork at a gallery. There are three tracks on the first CD, which are all quite atmospheric in nature, ranging from some relaxing sections to some harsher, more dissonant sections that bring some drama to the mix. Unlike much of Sano’s work, it doesn’t create a necessarily coherent sound, but it definitely manages to work as music that one would hear as they view the art gallery. Each track brings about the same emotions, but does so with unique sections.

All tracks are recorded using a cassette tape to give it a classic sound. Additionally, there is also the data CD that is included which features all the music heard in the three tracks on the music CD in MP3, so that one may create their own mix, using either an MP3 player on shuffle mode, or even as a playlist they create themselves.

The album is certainly an interesting one as it features three tracks that are used to accompany artwork at a gallery. Given such, the music itself is very atmospheric and not necessarily catchy or striking. However, despite that, it is still rather relaxing and may work well for someone who needs some background noise during their everyday routines without being distracted. 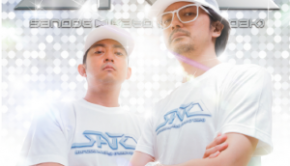