Ko Hayashi is responsible for only a small portion of the arrangements on this album. The album opens up with an original tune called “Trillion,” which features an industrial vibe and robotic vocals that count up to one trillion over a futuristic and spacey synth. “24/7 -All Night Long” is a nice electro remix that features some catchy new hooks and gives the tune a lot of funky flair that works very well with the melody. “Lovin’ To The Machine -Showerheadz Remix-” is a remix of “in to the machine” from Chaosfield. It expands upon the original, mainly due to the length and gives it a more spacey vibe. It doesn’t really elaborate too much on the original melody, but the various tones in the soundtrack do manage to give it a different sound.

Among other highlights, “Timeline” is a beautiful ambient track that really manages to create a relaxing vibe thanks to its chill drum pad usage, ethereal synth, and various layers. Likewise, “The method of setting the password -unlockmix-” also features a bit of an ambient atmosphere before moving into a catchy beat that supplements the quirky and ethereal synth tones used quite nicely. Lastly, “Keep Quipu -K.O.A.-”doesn’t deviate from the original too much. There is definitely some interesting mixing going on and there are some more industrial beats thrown into the mix. It’s definitely a lot of fun, but doesn’t feel as creative as some of the other remixes on the album.

The rest of the album is done by Daisuke Nagata. “1000 Clouds -Not Be Mine-” features a slow industrial sounding beat that leads into the melody of the original and the two really complement one another when in full force together. In addition, there’s an additional piano element that is incorporated towards the end that definitely adds some more depth to the arrangement. Compared with the original, “I Wanna Be With You In This World -Double Wheel-” is definitely a drastic change. It is definitely a more abstract arrangement, obscuring the soundscape of the original. However, I feel that for its atmospheric purposes, it just drags on extremely long and its 10.5 minute length doesn’t lend for repeated listens that well when the track barely changes throughout its duration. Both “Maguro -SFB Remix-” and “Nostalgia -SFB Long-” are very close to the originals with an extended length compared to the original and a crisper sound.

“I Hate Tha Sun -And You-” features a much more atmospheric take on the original with its ambient synth and vocal sampling. “Wobblerbox” is a similar style of tune to “Chatterbox,” but features plenty of wobbles and is done in a dubstep fashion. “A Day In The Park -Bye Bye-” is probably my favorite arrangement on the album. It brings plenty of funk and I love the retro vibe of the keyboards. It’s a fantastic take on the original. Lastly, “Minus Love -Gently Motherfxxker-” has a nice lounge vibe, to me, although at a bit of a higher tempo. The combination of piano and ethereal synthesizer make for a great combination with the beat and other various elements featured in the remix.

In the end, the Sakura Flamingo Audiography -PINK- is worth the purchase for those who are fans of the work of k.h.d.n. While not all the remixes are successful in my opinion, most of them definitely provide fresh takes on the original material. It’ll be interesting to see how any future original soundtracks from k.h.d.n. turn out after hearing this now that they are actively working again. 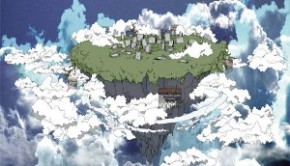