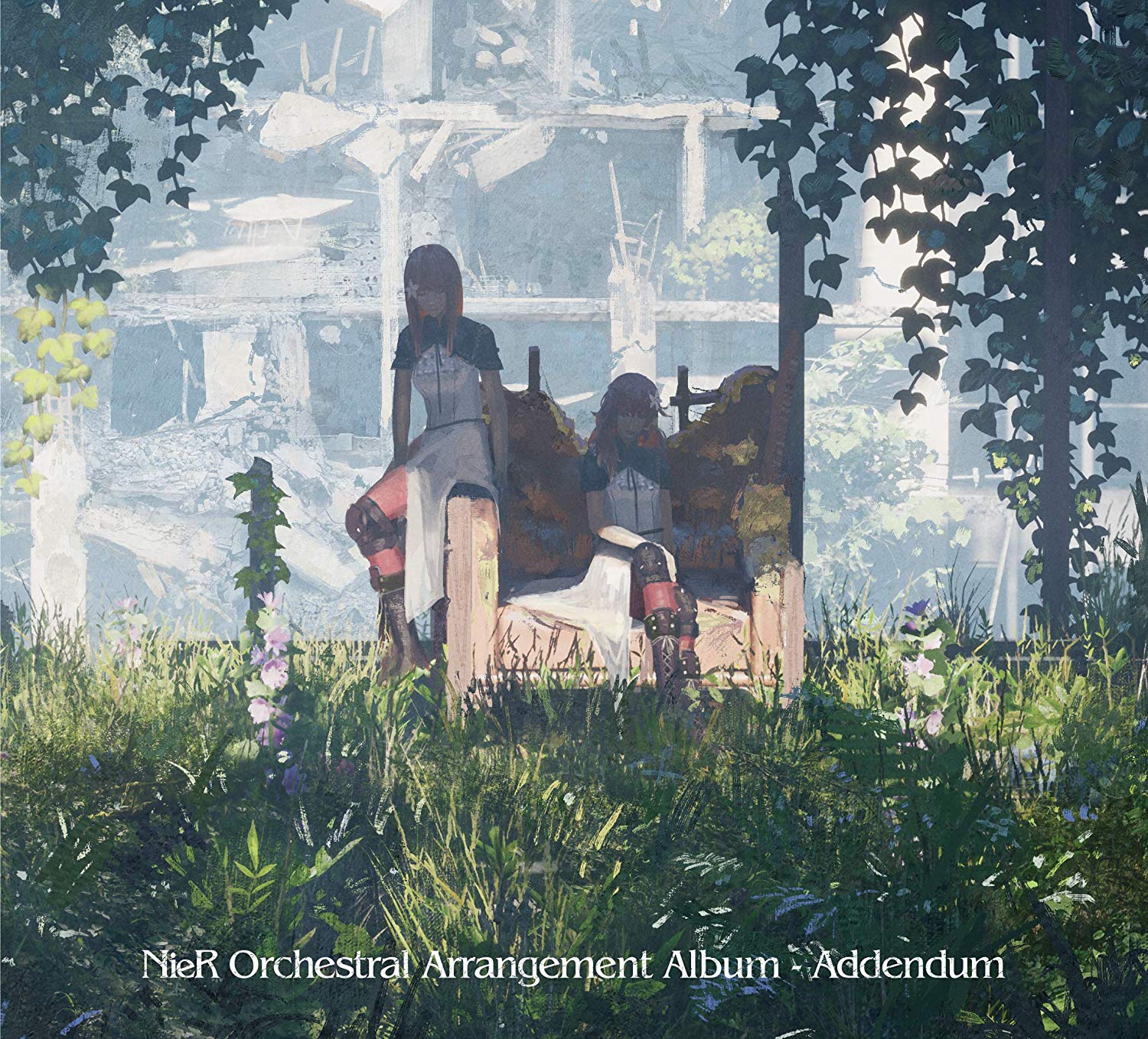 Square Enix has released the tracklist and cover for the new NieR Orchestral Arrangement Album – Addendum, set to release on March 25 just ahead of their new NieR Theatrical Orchestra 12020 concerts in Japan, as part of the 10th anniversary NieR celebrations. The tracklist, covering tracks from both NieR Gestalt & Replicant as well as NieR: Automata, is as follows:

Also detailed is the pre-order bonus disc, NieR Orchestral Arrangement Album – Addendum Special Disc. Following previous release patterns, the contents of this bonus disc will only be included with the physical CD, and are not expected to be made available digitally. The tracklist is as follows:

Lead composer Keiichi Okabe has also given an interview with Famitsu, where he discusses the arrangements in more detail. There he mentions that this new album will have arrangements that are closer to their OST versions, hence the decision to include Emi Evans and J’Nique Nicole on more tracks this time around. The recordings are set to be done by the Tokyo Philharmonic Orchestra, with no mention yet of a supporting chorus.  The Special Disc will this time feature full orchestral arrangements (as opposed to the chamber arrangements from the previous orchestral albums’ special disc). Although tracks from the main album will be performed at the new concerts, the arrangements from the Special Disc are not currently planned for the performances. Arrangements for both albums are handled by veterans Sachiko Miyano and Kosuke Yamashita.

NieR Orchestral Arrangement Album – Addendum along with its bonus disc can be pre-ordered now. Check back for our review when the album comes out!

Update 6/3: Previews for all tracks can be heard at the official website. A trailer has also been made available. The release date remains unchanged, despite the cancellation of the Tokyo concerts.