MintJam is one of the most successful doujin groups to have emerged from Japan. The rock band features vocalist TERRA (real name unknown), guitarist a2c (Atsushi Yokoyama), and supporting multi-instrumentalist setzer (Jun Kadoma). They are one of the most impressive examples of fans going pro.

In this interview, TERRA on behalf of MintJam discusses the band’s rise to fame. As he discusses, the band have grown from creating amateur remixes of game music favourites (e.g. Final Fantasy, Ragnarok Online) to taking on all sorts of professional commissions since their formation in 2003. He discusses a range of the bands recent works: their vocal covers of Key favourites (e.g. Clannad, Little Busters!), to large-scale original game scores (e.g. Chaos Code, Million KNights Vermilion), to lavish full-length original albums (e.g. Identity, Little Monster).

Chris: MintJam, many thanks for talking to us today about your past and present works.

TERRA from MintJam: Hello, this is TERRA, vocalist with MintJam, here to represent the group. 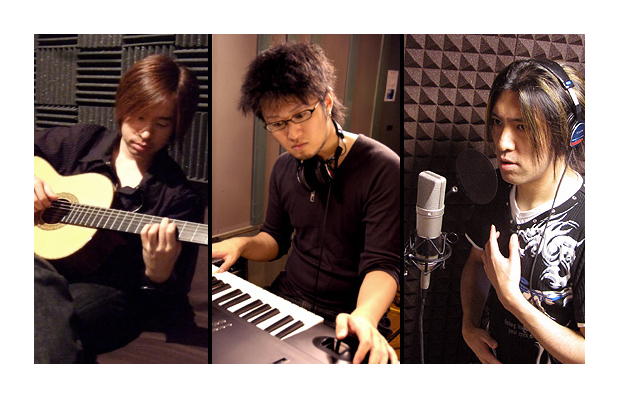 Chris: First of all, it would be fascinating to learn more about the group. Could you tell us about the respective backgrounds of the members and what inspired your love of music and games?

TERRA from MintJam: The three of us were introduced to each other in our mid 20s through a music download site for amateur musicians, muzie.  At that time, setzer was already working as a game music composer, while a2c and I were active as amateur composers. We were close to each other in age and musical taste, and somehow we ended up teaming up with a great feeling that we should create some music together, and I don’t think any of us expected we would still be going 10 years later.

Speaking of which, at the beginning, in addition to the three of us, Kya and A. Koga were there, and the five of us were having a blast!  As we kept going we ended up re-forming as a three-person group in the hope of going pro.  In 2012, setzer became a supporting member, so the group is currently comprised of a2c and myself.

Our generation has had the opportunity to experience the amazing evolution of video games from the Famicom generation through to the present day in time, and all of us have a deep love for video games.

Chris: MintJam started as a small indie band, but has grown into a widely recognised group. Following your formation, how did you develop the band to receive widespread popularity?

With guitar in particular there’s a huge difference between something recorded live and something programmed at a computer, and I think that attracted a lot of attention.  If we were to play the exact same music in the rock scene, it wouldn’t come across as novel at all, so I don’t think we would have done as well. 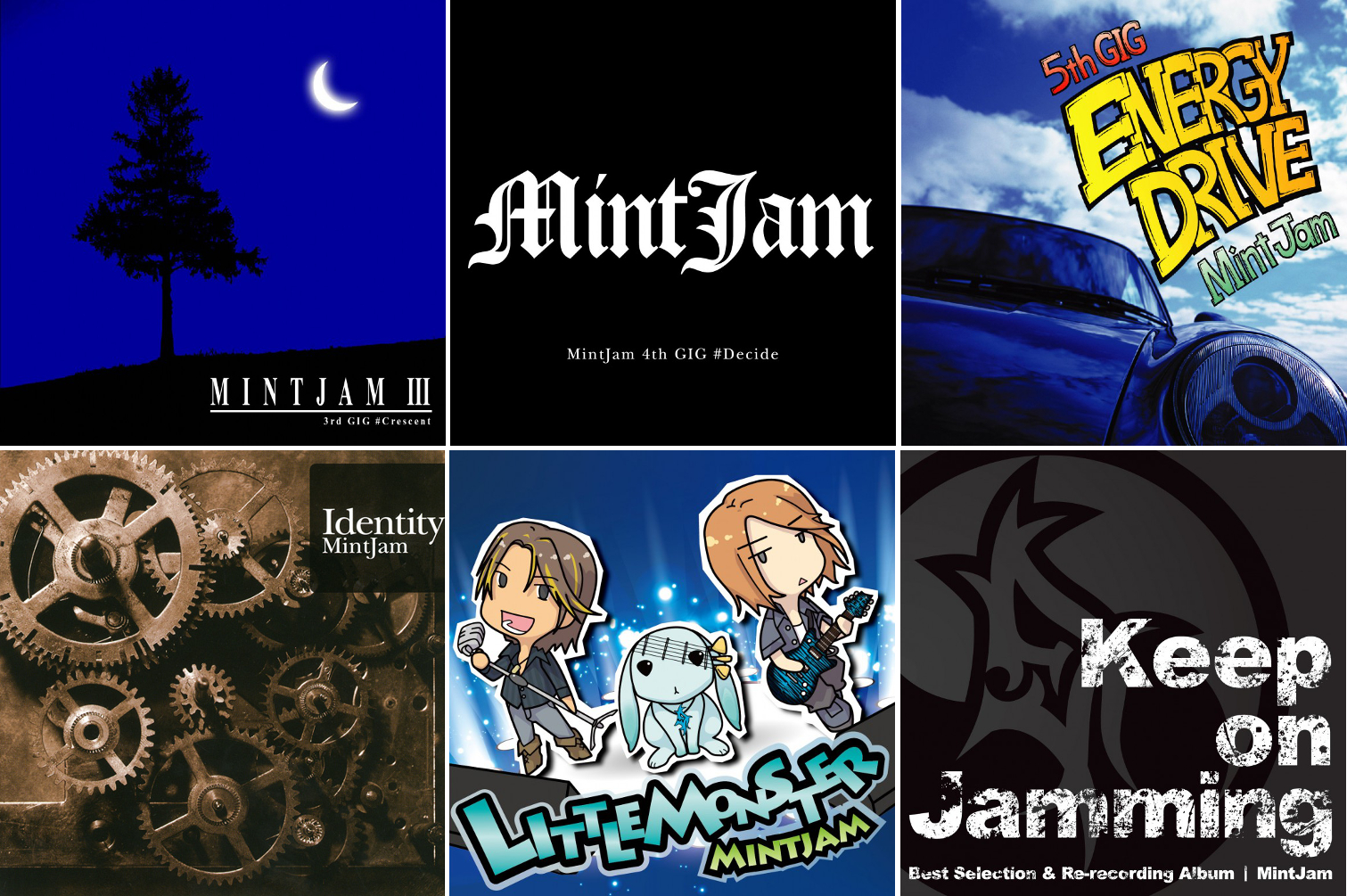 Chris: During your early years, MintJam produced remix albums featuring popular songs from Cave, Square, and Ragnarok Online. One album that particularly stands out is 3rd Gig #Crescent. In an age when fan and official remixes of Square’s classics are commonplace, how did you ensure this album stood out? What inspired your diverse approach to this album, as opposed to a straight-up rock tribute?

TERRA from MintJam: We weren’t really trying to distinguish ourselves from other music in any particular way.  People may think of MintJam as a rock group, but our team composes in a number of styles, so the sound we produced was a pure distillation of what we were doing at the time.

The original albums we’ve released recently have stronger rock influence than our remix albums. That’s the result of a conscious process of us finding the kind of music people wanted in addition to the music we wanted to make.

Chris: Thereafter songs such as “Rival” from 4th Gig #Decide demonstrated your talent for creating vocal themes. What are the unique challenges of writing vocal rather than instrumental themes? Out of all the original songs you have written, what are each of your personal favourites?

TERRA from MintJam: Compared with instrumental pieces, there are more limitations on vocal melodies.  You want to be as free as possible and sing flexibly and accurately like an instrument.  This is of course the perspective of a vocalist, but in response to a question about the challenges involved I think that’s the best point of view.

Our favorite tracks among our originals are “Crying Moon” (4th Gig #Decide)  and “Growing Up” (Little Monster). That said, my own favorite is “Anemone”, featured in Identity, as one might expect I suppose.

Chris: In terms of official releases, you arranged increasingly more music for Key, starting off with Clannad Remix Album -Memento-. Would you agree that the company facilitated your breakthrough into the official scene or were other titles also important? Many were especially astounded by the band’s covers of Key’s theme songs on Vivid Colors and Philosophyz. In terms of arrangement, how did you enjoy the shift to rock stylings and male vocals was convincing?

TERRA from MintJam: I feel that there’s a large group of listeners who wouldn’t know of MintJam at all if it weren’t for Key’s games.  We are grateful to Key for their wonderful games and their patronage.

In terms of arrangement, I’ve always considered rearranging something to be fun.  All of Key’s tracks are both great and famous, and knowing all about them beforehand makes the process even better.

For the vocals, there’s no way it would have worked well if I had simply imitated the precise expression of the female vocals on the original tracks, so instead of preserving the ideas behind the originals, I based my performances solely on my own interpretation of the lyrics.

Chris: We’ve noticed that you’ve recently been in high demand as songwriters and performers on a number of Touhou tributes too. Could you tell us about some highlights in this area? Has it resulted in some interesting new collaborations?

TERRA from MintJam: I think Touhou is an area that’s drawn a lot of attention in Japan’s fan music scene.

It’s not so much a matter of performing Touhou this way and Key that way so much as looking for points of similarity with the world of each track and making sure not to let the client who requested us down.  That’s all there is to it.

Chris: MintJam also wrote scores for numerous visual novels during your early years, most notably Ryouki and its sequel. Can you elaborate on your experiences writing for visual novels? How do you bring out emotions from players when scoring titles such as these?

TERRA from MintJam: As much as possible, we try to stay true to the world of the game, and create something that expresses the emotions of the characters in each scene.  That is and has always been our style. 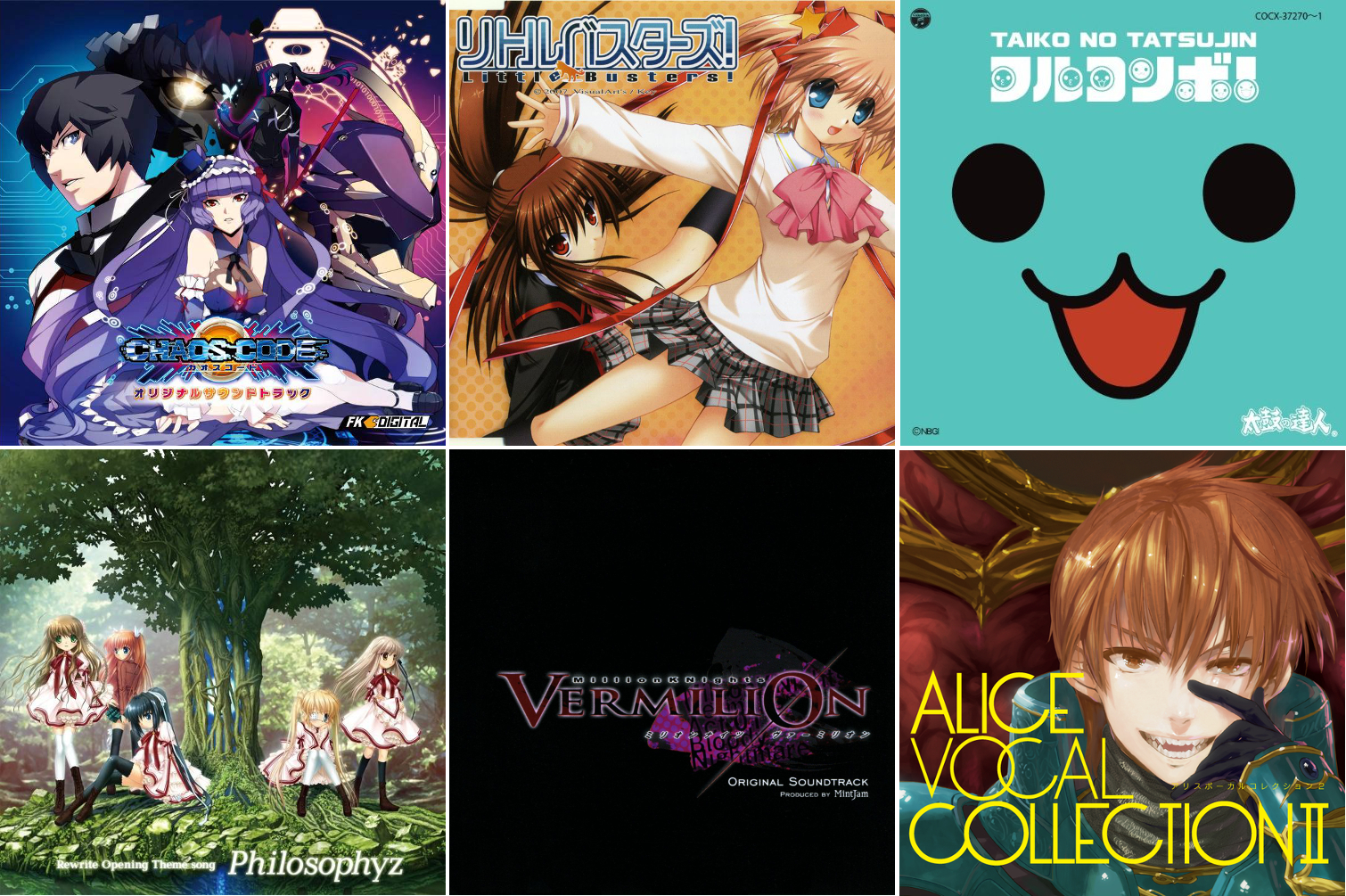 Chris: Your most famous collective scores to date, at least internationally, are Million KNights Vermillion and Chaos Code. How did you customise your rock sound to capture all the energy and excitement of these games? Were any existing game scores an inspiration for you?

TERRA from MintJam: I think you could say that all of MintJam’s music takes its inspiration from previous game scores.  I suppose it’s a rather typical answer, but just as with our Key works, we take an objective, general look at the game’s world and try to create music that we think most people would see as matching that.

Chris: While you have all engaged in solo projects, ranging from your vocal performances for AliceSoft to setzer’s roles at SuperSweep, recently released albums reveal that the core MintJam is still alive and well. Can you tell us more about your latest albums, Identity, Back-alley Spiders, Try to Be Brave, and Little Monster?

TERRA from MintJam: Identity was put together whenever we had the spare time to do it, so there wasn’t really any particular incident that led to its creation.  In contrast, Try to Be Brave and Little Monster are compilations of songs we worked on for various projects.  Both have a primarily hard rock sound and a lively feel.

Back-alley Spiders was a collaboration with a manga artist, telling a single story over multiple tracks, and in terms of when it was made it’s the first MintJam concept album.  The lyrics are entirely in Japanese, so that part might not get through to other audiences, but I think it stands alone when listened to just as music, so you should check it out.

Our best-of album, Keep on Jamming, was just released recently, so please be sure to check it out too. We are definitely going to release more albums in the future. [Editor’s Note: It has just been announced that their next single, Hysteria, will be pre-released at M3].

Chris: Clearly, you are each talented performers in addition to experienced composers: TERRA a vocalist, a2c a guitarist, and setzer a multi-instrumentalist. However, you’ve primarily focused on studio performances. Why is this? Do you also embrace live performances too?

TERRA from MintJam: Like I said earlier, our group was started as a creative team, so we were late to get into live performance. It just wasn’t in our purview.

But starting in 2008 we’ve been doing live performances at the rate of one to two a year.  At the beginning we usually performed at festivals with multiple artists, but from the foreign fan’s point of view, they are in the unfortunate position of having to wait several days just to hear us perform for under an hour, so since 2013 we’ve focused on solo live events.  If you get the chance, be sure to come and see us! 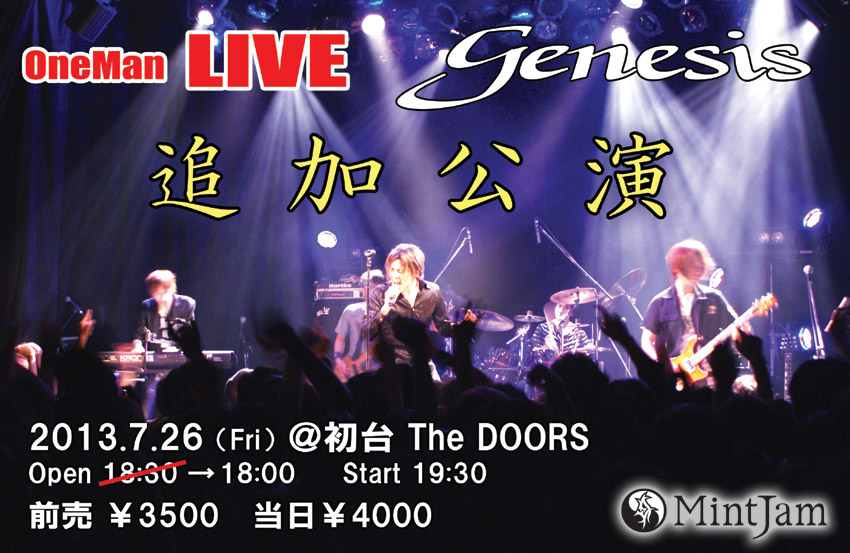 TERRA from MintJam: Since last summer, MintJam’s albums have become available for purchase outside of Japan.  For now you can go to this page to find them, and we’d love it if you did!

We hope you’ll continue to support MintJam in the future.