In the early 90s, Junya Nakano (Final Fantasy X, Threads of Fate) and Yuji Takenouchi (Dark Souls, Space Manbow) worked closely together on a range of Konami arcade titles. Among them, Polygonet Commanders, X-MEN, and Mystic Warriors. Now two decades on, the artists have reunited to create a series of fully-fledged albums inspired by their past works.

The first of the series is the two-part album Polyphonet Commandatore. The albums explores the concept “What if Polygonet Commanders received a sequel?”. The albums are structured exactly like the original game’s score (including seven stage themes and even a sound effects collection) and develop on the concept of the original with their abstract electronic style.

Yuji Takenouchi has confirmed to us that there are two more additions to the series in the works. Z-MEN will reunite the team from X-MEN: The Arcade Game, namely Takenouchi, Nakano, and Seiichi Fukami. Combining the talents of Konami and Namco alumni, Ninja Action Game will feature the composers of Mystic Warriors (Takenouchi, Nakano), Mirai Ninja (Norio Nakagata), and Youkai Douchuuki (Hiroyuki Kawada). 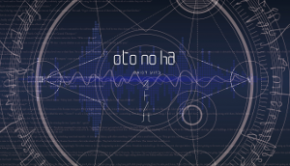