EDM IS GAME is  the first album by duo SATO, comprising of Nobuyoshi Sano, of DETUNE, and Hiroyoshi Kato, of Noisycroak. As the title of the album suggests, the focus of the music is that of electronic dance music. Included in their first album are four original pieces as well as four pieces that were used in Taito’s Groovecoaster series. How does the album turn out as a whole?

The album opens with “Taking Off,” one of the four tunes used in the Groovecoaster series. The song itself has a great melody and a dance/pop vibe with a nice accompaniment of piano that helps give it a lighter feel. The vocal performance is pretty decent and for a non-English speaking person singing in English, it isn’t terrible either. It starts off the album on a strong note. The other three Groovecoaster related tunes are of mixed quality. “TRIPL3T” is one of the more repetitive tunes on the album, focusing on triplets in its execution. Having an electro sound, bordering on big room, it would certainly work in a club setting and it does try to vary it up in the melody line, but the end result is still a bit lackluster. “Dotted 8th” is another tune that focuses on a musical term of its namesake. This one is a fairly standard tune featuring a house/techno sound but, unfortunately, doesn’t really do too much in its progression. Lastly, “Vegas” certainly has a club feel to it, but at the same time, still features some very Japanese-centric quirks to it, especially with the countdown sequences. It’s done in a big room house style and there are some great melodic sections as well. To me, it’s one of the highlights of the instrumental pieces.

The first original tune to appear on the album is “Swing & Slide Rider,” a fairly repetitive dance tune focusing on a repeated melodic motif and lots of synth manipulation. Unfortunately, this is one of the tunes that overwears its welcome on the album, to me, although it certainly does have some good energy to it. “Hustler” is done in the style of big room house, but at the same time, has some Daft Punk-like qualities to it, especially in the melody. On the whole, it’s a pretty decent attempt at big room style of electronic dance music. The last two original tunes are both vocals. “Never Let Me Go” is one of the highlights of the album. The melody and vocals are quite beautiful and the overall vibe certainly reminds me of Kato’s music in the Shoumetsu Toshi game. It’s a high energy tune that is definitely my go-to on the album. Lastly, the album ends with “Maybe in Time,” a tune that has a very Final Fantasy XIII-2 vibe to it. The vocals are ethereal and the melody and chorus are quite nice, but in terms of vocal tunes on the album, I think it’s the weakest.

The first album by duo SATO is certainly one of promise. There are some excellent tunes on here as well as some on the weaker side and in the middle. Fans of these two artists will probably find something to enjoy, especially if they are into popular electronic dance music. Is there room for improvement? Certainly, but the end result is still somewhat enjoyable from start to finish. 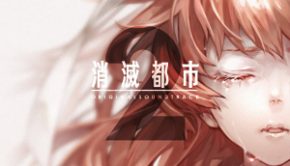 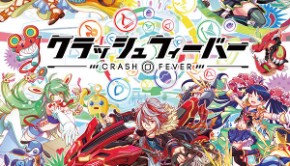