Final Fantasy. It was the impetus that introduced me to the world of video game music, as I’m sure it was for lots of people, but as I’ve learned more about video game music, I find myself listening to it less and less, only giving the most recent soundtracks a whirl when they are released, and occasionally going back to listen to some of my favorite soundtracks from the series, mainly Final Fantasy IV, VI, VIII, and XII. However, despite no longer frequently listening to it, upon learning that the Distant Worlds ~ Music from Final Fantasy tour would be coming to my area, I decided to get tickets, mainly due to the fact I haven’t seen any of it performed live before. As such, it was pretty much as I expected, but still entertaining, for the most part.

Although I’ve heard it so often before, I still couldn’t help getting chills upon listening to “Liberi Fatali”. The Handel Choir of Baltimore, who also contributed to other pieces in the concert, did an outstanding job. The dynamics of the choir really helped breath life into the original, perhaps lending to one of the reasons I got chills. It was one of the best performances of the night, in my opinion. From there, the first half of the concert lent itself to some of the more subtle pieces. Pieces included an orchestral arrangement of “To Zanarkand,” featuring some exquisite piano work, “Love Grows,” which was probably the piano highlight for the evening, a Final Fantasy I-III medley, originally featured in Tour De Japon, and the melancholy but poignant, “Aerith’s Theme”. Of course, the first half also featured recent additions to the show, such as “Ronfaure” from Final Fantasy XI, and as a small joke, Arnie Roth had the orchestra play the victory theme for the series. The first half ended with “Final Fantasy,” the mainstay of the series. 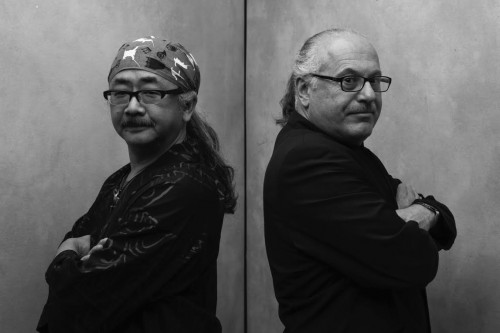 The second half had more of an impact on me. The second half started with “Opening ~ Bombing Mission,” from Final Fantasy VII and it was a nice energetic way to start. However, the next two performances, also featuring the Handel Choir of Baltimore, were easily some of the highlights of the second half. “Fisherman’s Horizon,” from Final Fantasy VIII, still stands to this day, as one of the best arrangements of said piece. The lovely orchestra, mixed with the soft and subtle sounds of the choir, helped to craft a gorgeous atmosphere. The other choir performance was from Final Fantasy XI and was a medley of “Memoro de la Stono” and “Distant Worlds.” The choir was the focus for the first half, and served as an accompaniment for the vocal portion, performed by Catherine MiEung Choi. I was shocked to see such a deep voice come out of someone with such a tiny build. It was an emotional piece and another one of the highlights.

The second half also featured a new addition as well. “Man with the Machine Gun,” from Final Fantasy VIII, recently debuted in Detroit and was also played here. The arrangement, taken from the Fithos Lusec Wecos Vinosec album, was a fantastic way to mix in some more action packed themes to second half. Another highlight, and personal favorite was easily the entire Final Fantasy VI opera “Maria and Draco”. Once again Catherine MiEung Choi took the stage as Maria, joined by David Kirkwood as Draco and Jason Widney as Ralse. Every performer did a fantastic job, recreating the opera, minus the action of course, and the orchestral accompaniment was superb. The concert proper also ended with anotherFinal Fantasy VI theme, “Terra’s Theme”. It’s another great classic and the accompanying video that went along with it was the opening to the credits with the credits reflecting those responsible for the concert. Of course, I was a bit disconcerted when under ‘Composition and Arrangement’, it only mentioned Nobuo Uematsu, considering all that Shiro Hamaguchi has done for the series’ orchestral masterpieces.

As expected, the encore was a performance of “One Winged Angel”. Even though I do enjoy this piece yet find it overplayed, I didn’t not get chills when I heard it. I just think I’ve grown immune to its “power.” At one point in my life, I would have definitely been on that bandwagon, but I’ve fallen off. Perhaps if I was in love with Final Fantasy VII as most people are (it wasn’t my first Final Fantasy), I’d like it more, but as much, it could have just fit in with the regular concert. Either way, it was a great experience and it pumps me up for the upcoming Symphonic Fantasies in Germany, which I’ll also be attending.