Distant Worlds – Music from Final Fantasy has been going on for a few years now, with an ever-growing and always-rotating repertoire. However, the most recent show for the tour was a special affair, given that it was the only official concert to celebrate the Final Fantasy 25th Anniversary in North America.

Given this occasion, the doors to the venue opened earlier than usual (5PM for an 8PM showing) and the lobby quickly filled up. Lines for merchandise were plenty long, there were trailers showcasing Square’s more recent Final Fantasy releases (mainly Final Fantasy XIV: A Realm Reborn) although there was also a showing of the tech demo revealed earlier this year. In addition, there was even a tournament dedicated to Theatrhythm: Final Fantasy. Even before the official show began, there was an intimate ensemble performance. The first was “Dark World” from Final Fantasy VI, featuring Arnie Roth on violin and Nobuo Uematsu on keyboards. It was a simple, but haunting, rendition. However, if you weren’t close to the small stage that was set up, it was hard to see the performance. Following that, there was short chocobo medley featuring the original theme as well as “Samba de Chocobo”.

The actual concert itself featured a mixture of old and new. The first two themes were staples heard in the repertoire before and covered the first three games. The first was the “Prelude” and one of the Final Fantasy I-III medleys heard previously. From there, the pieces that represented the Super Nintendo era were all-new with new arrangements set to nostalgic videos. “Battle with the Four Fiends” was a very powerful offering that was, at times, very romantic. “Final Fantasy V Main Theme” was also a fantastic addition to the concert and I would definitely see this one getting a lot more play time in future concerts. “Phantom Forest” was also quite nice and definitely conjured up that mystic sound of the original. All of these arrangements should be featured on the upcoming Final Fantasy Orchestra Album released later this month in Japan. 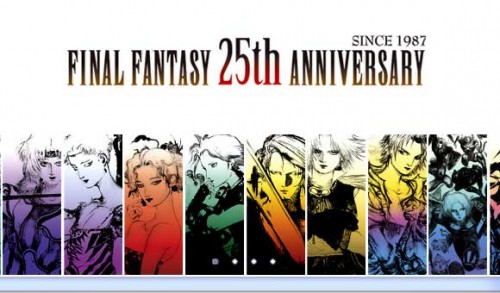 Upon the return of intermission, we were treated to a “Vana’diel March Medley” to represent the music of Naoshi Mizuta. This was previously premiered at the Final Fantasy XI 10th Anniversary Concertearlier this year. However, one of the pieces I was most excited for was Final Fantasy XII‘s “Dalmasca Estersand.” Hearing Sakimoto’s music for this game with a full orchestra definitely makes me think that an orchestral album for this game would be a wonderful thing, as it really brought Sakimoto’s music to life. Masashi Hamauzu was represented with “Blinded by Light” from Final Fantasy XIII in a shimmering rendition similar to the original. Following that, Susan Calloway took stage to perform the powerful vocal theme “Answers” from Final Fantasy XIV. This was quite an impressive performance and it was one of the more memorable themes of the night.

After going through the games sequentially, the rest of the concert was comprised of favorites from throughout the series. I would have thought it was be nice to tackle some of the non-roman numeral games and sequels in the series as well, since I feel that games such as Final Fantasy X-2, Final Fantasy Type-0, and Final Fantasy XIII-2 has some wonderful music that could be adapted for orchestra quite nicely. Other pieces throughout the night included Final Fantasy IV‘s “Theme of Love” and a second performance from Susan Calloway dedicated to “Eyes of Me,” although I felt this was the weaker of her two performance. Once again, the videography was beautifully done.

The climax of the concert was the opera performance from Final Fantasy VI. This was also the version that will appear on the upcoming orchestra album. In essence, not much has changed, although there was the addition of a narrator, which I felt wasn’t needed, and an orchestrated version of the new material featured on The Black Mages III: Darkness and Starlight album that served as the battle music between Draco and Prince Ralse. The concert ended with two encores. The first was a battle medley of “Battle with Gilgamesh,” “Fight with Seymour,” and “Fighting”. I felt the medley was a bit on the weaker side as some of the themes didn’t flow into one another that nicely, but the performance was decent and it seemed to be a fan pleaser. Lastly, the show ended with the iconic “Final Fantasy”, which was a fitting way to end the show celebrating the lifetime of the series’ music.

Overall, Distant Worlds – The Celebration was a fantastic night full of new and old material. Based on this concert, the upcoming Final Fantasy Orchestra Concert on Blu-ray Disc should be a worthwhile experience. I hope that some of the new material definitely has a more permanent place in rotation as the show continues its tours in 2013. Here’s to 25 years of Final Fantasy!