Beyond: Two Souls is the third Interactive Drama title developed by Quantic Dream, following in the footsteps of its critically acclaimed predecessors Fahrenheit and Heavy Rain. As the founder of Quantic Dream and the director of all three aforementioned narrative-focused games, David Cage is vocal about his view on the importance of dramatic storytelling in video game in order to achieve emotional connection with the players. His vision would undoubtedly have an impact on the musical score for the games he directed given the significance of music as an emotional catalyst in any visual medium.

Cage worked with composer Normand Corbeil on Fahrenheit and Heavy Rain. While Corbeil was supposed to score for Beyond: Two Souls as well, he tragically passed away from pancreatic cancer before he was able to complete his work for the game (the game was dedicated to his memory). Lorne Balfe was then chosen to replace Corbeil as the composer of the game after Corbeil’s death. The soundtrack was recorded with the Royal Philharmonic Orchestra and produced by Hans Zimmer.

Balfe composed two suites for the game, each for an important character from the game. These two suites can be considered the theme for their associated characters, but with an extended arrangement. The soundtrack stars out with “Jodie’s Suite”, which is a grand orchestral track with an exquisite and memorable melodic line. Jodie is the tragic protagonist of the game linked to a supernatural entity since she was born. The piece begins with a single female voice singing a melancholic tune, which is the motif of the piece, simple yet striking. As a note, I will refer to the motif in the piece as Jodie’s theme henceforth for ease of reference. Then the strings join the female voice, giving more weight to the melody. The female voice fades as the woodwinds lead in a hopeful sounding interlude in major key. The motif of the piece returns after the interlude, but this time with minor cadences instead of the initial major ones, giving a totally different tonal colour to the recurring melody. Finally, the female voice joins in singing the melody again with the entire orchestra, and the full weight of the piece sinks in. The gradual development of the piece from an intimate voice into a full-blown orchestral performance is handled with refinement.

The other suite is composed for Dawkins, the doctor who took Jodie into his custody after her foster parents abandoned her. The piece progressed in a way that is similar “Jodie’s Suite”; it starts out with a lone violin playing the motif of the piece accompanied by a harp before the rest of the orchestra join in. Towards the end of the piece, a female voice came in to perform the motif with the full orchestra, seemingly tying in the piece with “Jodie’s Suite”. There is one more character theme in the soundtrack, “Aiden’s Theme”, albeit it is not written as a suite. “Aiden’s Theme” has a simple central four-note figure that recurs throughout the track, which is played by the violins in a high register with a light and airy tone as the track begins. But the figure is abruptly transferred to the bass in a booming low register halfway through the piece for a short interval before the violins take it back again.

“Beyond” is a track built on the descending scale of C minor, as can be heard right at the start of the piece. The intensity of the piece increased dramatically when the strings join in playing a passage developed atop of the C minor scale mid-track with the percussions. “The Experiment” is a track with palpable urgency combining rapid arppegio passages with unrelenting percussive rhythm. Jodie’s theme made an unexpected appearance in a slightly lower key as the track abruptly drops all the intensity and switches the focus over to a female vocal line. “The Party Revenge”, as the title implies, is a grave piece with a savagely dissonant tone. The aggressive start was followed by a quiet but ominous middle section. The full orchestra joins in again at the end to notch up the intensity. “Hunted” is a similarly ferocious track that relies on resonant low strings and relentless percussions to sustain its unforgiving momentum.

Contrasting sharply with the high energy of the previous tracks, “Treason” is a comparatively subdued track. However, the volume of the track increases gradually as the strings make an ascending scalar progression. Starting with just the bells to evoke a mysterious feeling, “My Imaginary Friend” eventually relays the melody to the strings as the bells fade into a supporting role, giving the piece a fuller timbre. “Childhood Memories” begins as a solo piano piece with a bittersweet melodic line. As the piano modulates to another key, the strings seep in unobtrusively to provide a solid accompaniment to the piano, giving more gravity to the track. “Homeless Life” is a short orchestral track that focuses on low strings and ends with the motif of “My Imaginary Friend” played by cello. Another softer track, “Black Sun” manages to create a bleak atmosphere with a piercing tone using tremolo in the higher register of violins.

“Norah” is a variation of Jodie’s theme. But unlike the lush orchestration of “Jodie’s Suite”, “Norah” leaves the piano to carry the melody with thin accompaniment, painting the recurring motif in a desolate colour. “Jodie’s Story”, as the title suggests, is another variation of Jodie’s theme. Sharing more similarities with “Norah” than “Jodie’s Suite”, “Jodie’s Story” is minimally arranged and the motif first played by the bass and then passed on to the harp accompanied by only sustained tones. Then the strings joined in and to give the track a fuller sound temporarily before the piano ends the piece playing only half of the motif, suspending the listeners from a satisfying conclusion.

Lorne Balfe had composed a meticulously crafted score with memorable melodies for Beyond: Two Souls, elevated by the wonderful Royal Philharmonic Orchestra. While I cannot comment on the work of Normand Corbeil and how Balfe’s score fare in comparison, it should not matter as Balfe had proven himself to be a capable successor regardless of his predecessor’s achievement with his lush and stirring soundtrack for Beyond: Two Souls. I would recommend the soundtrack to all music lovers and video game music listeners unless if you absolutely loathe cinematic orchestral music.

It is truly unfortunate and regrettable that this brilliant soundtrack can no longer be purchased physically or digitally at the time of writing. For reasons unknown, the soundtrack never made it to the iTunes or other distribution platforms as originally planned and now it can no longer be accessed by the majority. 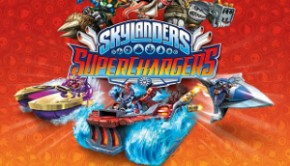 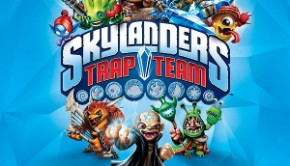 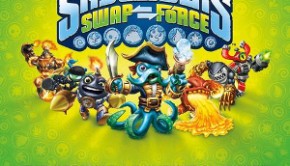 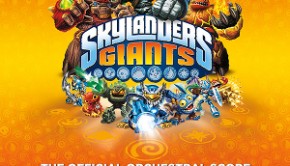