We created “sounds” rather than music.

That was the theme for this game.

This world of chaotic sounds

Will stimulate your daily routine.

This is Nakanishi. The theme for this Ace Combat game was to turn the areas’ atmosphere — their pervading nervousness — not into “music,” but rather into “sounds.” That is why there is no development, no melody. Actually, I had envisioned a world of synth lead portamentos and slap bass (laughs). I knew that that would have been better received, but then it would have gotten too far away from what Ace Combat 3 is. The story, the images, the music, and the sound effects… they all combine to form Ace Combat 3. Huh? What about this album? Instead of listening to it, why don’t you let it flow over you without thinking. The world of chaos that unfolds will stimulate your daily routine just a little. And then, aim towards a bright future…

I’ve been intoxicated by great “sounds” a lot lately. The sound of a departing subway car, of a dump truck’s air brake, the whirring of a hard drive… It’s not limited to the source, either. It’s the feeling of reverberation in a sound field, of an analog compressor’s compression, of Hi-fi within Lo-fi. Maybe that sense of discomfort after becoming accustomed to these sensations is a good thing. A while ago I wouldn’t have felt anything. Ah, so that is the “discomfort.” Speaking of which, Ace Combat 3…

The score turned out to be very different from anything so far in the Ace Combat series. The score is one part of the atmosphere — it’s very ambient music. Personally, I added ethnic instrument sounds into the mechanical sounds of techno, in order to express the nature of the future and the life of its people. Even so, the music ended up being used in low-altitude missions. What? Well, how do you like this atmospheric Ace Combat?

I am glad that I was able to participate in the Ace Combat series again. Even though the game has a completely different feel from the rest of the series, it’s Ace Combat, after all, so it’s amazing. In addition to the two tracks of score I wrote, I inputted sound in the movie scenes, so be sure to enjoy the game’s sound at high volume.

In order to stimulate my imagination during production, I went to the sea at Itoh! Is that a real starfish? Well, I ended up taking home a mollusk, and it chewed on my pointer finger! As a result, I wrote phrases that didn’t require me to use it! Thanks to the starfish for being a great inspiration!

For Electrosphere, I worked on just one piece, the ending music. Based on the concepts “insane, electronic, orchestral,” I combined orchestral and synthetic sounds. It took a lot of time and effort to match the live performance, which I wanted to emphasize, and the pre-prepared synth sounds, while preserving their nervous quality. In the creation of new timbres, the digital, that somehow familiar word, allows our imaginations to run wild. 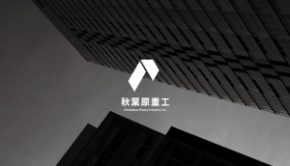