Square Enix have announced that they will release a third soundtrack Blu-ray for their MMORPG Final Fantasy XIV. Before the Fall: Final Fantasy XIV Original Soundtrack features all the music that Masayoshi Soken for four patches: 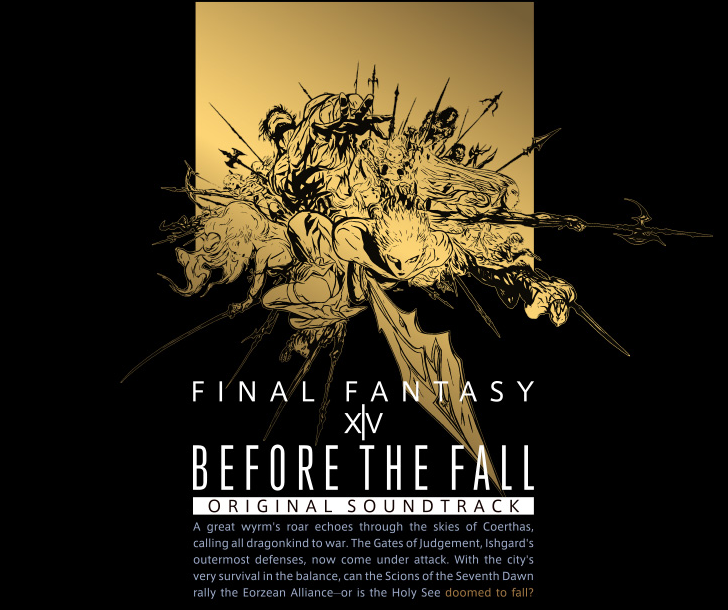 At present, no details have been announced regarding a soundtrack release for the impending expansion Heavensward. The Before the Fall Blu-ray will be released on on August 26 and will retail for 5400 JPY. To see what we thought of the earlier instalments in the soundtrack series, check out Emily’s reviews of Before Meteor and A Realm Reborn.