Sarah Schachner is a cinematic composer who has contributed to several video games, most notably Assassin’s Creed: Unity. However, her next 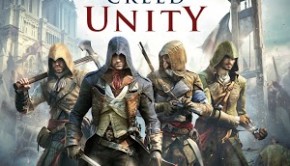