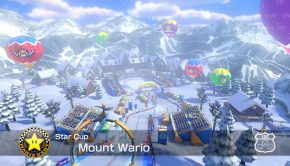 Video games, by nature, are a non-linear form of entertainment. A player can, at any point, do anything within the