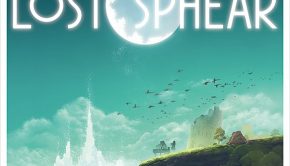 Square Enix has announced that Lost Sphear is to get a release of its score. The score is being composed by Tomoki Miyoshi,