The Leipzig concert of 2007 was undoubtedly a major event. It had the biggest production values the series had ever seen, with its 110 piece orchestra and choir, nine soloists, and eleven composers being invited as guests of honour. It was greatly anticipated by many a people from day one it was announced (me included), for it was marketed at the site as Thomas Boecker’s largest achievement yet, and as it turned out, it probably was. The concert inevitably offered some golden stuff, which ensured my enjoyment being there. The performance by the FILMharmonic Orchestra Prague and Choir and the soloists was flawless, as I cannot remember one instance of being bothered by any sort of distracting factor that usually ruins a great performance, so that was plus. As with all game concerts, the title choices and the caretaking of the original music always remains most interesting, and therefore, I will focus most on that. So, here it is, the latest concert in Leipzig.

The first half was the least consistent, but its highlights were, ironically, probably the best. Because the first half held both Yoko Kanno’s Ragnarok Online II: The Gate of the World and Takenobu Mitsuyoshi’s World Club Champion Football: Intercontinental Clubs 2006-2007. They were, for a lack of a more intelligent description, pretty much awesome. Kanno’s Ragnarok introduced boy-soprano Josef Krusek as a soloist, and his performance was also one of the most intriguing features I encountered at the night. His role was the singing of the main melody of the piece, and one little part contained an arpeggio which was a little too high for the little guy; at the very top, where his voice faded into nothingness, the solo violin seamlessly took over and covered up for him until he came down again, all the while having almost the exact same timbre. It was really fascinating. The rest of the piece was a joy as well, having clear, beautiful melodies, and a wonderfully ethereal and lush orchestration. It was an extreme pleasure to hear. 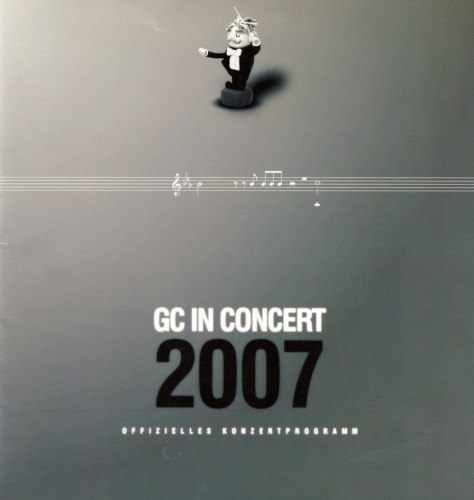 The other highlight, Mitsuyoshi’s World Club…, was an extremity not only of a musical piece, but of a performance as well. When the piece was announced, Takenobu himself descended from the stairs of the audience, clad in a fantastically ordinary outfit and with an easygoing smile on his lips. He took place at the beautiful grand piano in front of the stage (which had earlier miraculously appeared from under the floor). With ease, he played a beautifully intricate piano arrangement of the old classic theme from Shenmue (which also was a complete surprise for it had not been announced), which later evolved with much of the same ease into a new pop ballad from the game at hand, which I couldn’t help but smile at through the entire performance; it was so enjoyable if only for its entertaining cheesiness and hilarious Engrish lyrics (sung with perfection as well — he really is an excellent singer). After that, he said a few words of extreme charisma (like a true artist), and went and joined the huge choir. And there he stood with his plain T-shirt and jeans, alongside tuxedos and fancy dresses, and sang with the choir and orchestra; a huge work of heroism and love of friendly sport with beautiful harmonies and melodies. The interplay between the choir and the orchestra was also one of the most musical features at the concert. It was extremity of game music, without a doubt.

The Commodore 64 Medley was a thing of intrigue. See, this could have been a perfect performance for me were it not for one weird little thing that happened in the beginning. Previous to this concert I had gone to the second PLAY! concert in Stockholm, where this exact medley was world-premiered and I thought it was marvellous. The Stockholm version opened with a delightful version of Rob Hubbard’sInternational Karate, but in this Leipzig version, this part was replaced by Chris Huelsbeck’s Shades. Personally, I didn’t like the change and found it somewhat disorientating, though it was still a nice tribute nonetheless. And yes, I know what you’re thinking. “But Baltimoore, just because there were Commodore 64 medleys at both concerts doesn’t mean they had to be built up the same.” But as it is, both medleys had the same arranger (Jonne Valtonen) and the rest of both medleys were exactly the same. And the rest, as one could figure out, was excellent. The melodies were timelessly enjoyable and the orchestration was colourful and fun, with a large use of entertaining percussion, which I enjoyed. But it was just that nagging thing in the beginning that made me upset.

The second half opened with two pieces by Masashi Hamauzu. A great choice, since Hamauzu is one of the cleverest “mainstream” video game artists out there, but not very well-known. The two pieces came from his solo album Vielen Dank and were arrangements of “Feldschlacht V” from SaGa Frontier II (for piano and string quartet) and “Ewiges Lied” from Musashi: Samurai Legend (for solo piano). They offered new depth of emotion and intricacy to the concert; simple and beautiful, yet interesting and deep. After that came the Commodore Amiga Medley, which for me was what the Commodore 64 Medley should have been (and was to an extent). A great collection of ludicrously enjoyable melodies in splendidly shimmering orchestrations, with the same exuberant use of percussion by Jonne Valtonen. A little reminiscent of Carl Orff, now that I think about it. It was great in Stockholm, it was great in Leipzig, all from the awe-inspiringly horrifying opening with Alienbreed II to the powerful end withTurrican II (where it was orchestrated like it should, which I thank Valtonen for). Nicely-nice-nice.

Then came The Sims 2 by conductor of the concert Andy Brick, which perhaps wasn’t very much acknowledged, but it was entertaining, melodic and colourful, a great continuation of the Amiga medley. Groovy and fun, which is always welcome. And then came an old classic: Final Fantasy XI. The pieces being “Memoro de la S^tono ~ Distant Worlds” with Izumi Masuda in the lead. No arrangement changes were made, as they weren’t needed, but the orchestra and choir with Masuda performed flawlessly. Also a great moment. After that came an interesting addition. Secret of Mana‘s “Angel’s Fear” came along. It was an all strings performance, but it still felt colourful, which was great. However, the most interesting feature of the arrangement was how they handled Kikuta’s classic old melody. The development was remarkable, and included multiple variations on chord progression and rhythm. A little interlude that Nobuo Kurita composed for his orchestration of the theme for the third Orchestral Game Concert was even found, which I was very glad for. Interesting and nostalgic.

The finale was accomplished, but could still have been larger, considering the material it was based on. For it was the main theme of Metal Gear Solid 3: Snake Eater with excellent percussionist Rony Barrak at the front. The arrangement began with a (mind-blowing) solo from him, and he is just so extreme with his beloved darbouka, that its hard not to be impressed. I for one couldn’t stop laughing with joy to see him perform so inspired. Then began the actual piece. Some parts were direct transcriptions of the original, with Barrak doing the electronic stuff, which sounded really great; the enlarged orchestra also enhanced the sound of the original orchestra parts. After the opening theme, however, they changed direction and jumped instead to a very smooth rendition of the original “Metal Gear Solid Theme” with nice rhythmic changes from Barrak and a sensual violin leading the melody. After that, they went on a little bit more, and came to the string build-up that was present in the original as a build-up to the opening theme and to the ending theme. However, after the build-up, they did some cool tutti-orchestration and ended the whole thing with three bombastic orchestra hits. Sounded awesome, as did the whole piece, though I was a little disappointed that they cut out the stuff they did. The ambience in the middle of the original could have easily been transferred to the piece, as could the more hard-core electronica with some more solos from Barrak (because that’s never bad). But, all in all, a terrific finale and conclusion to a great second half.