Steven Cravis composes original music and game scores using a distinctive neoclassical approach. After studying piano performance at Berklee, Cravis released several albums featuring his piano composition and playing. Recently, he has been composing music to the Android and iOS game series Quell, a relaxing puzzle game where the player navigates a droplet of water across some mind-bending puzzles.

In this interview, Steven Cravis discusses his work on Quell and his approach to composing the soundtrack for the series. In addition to the soundtrack, Cravis has also released piano sheets for the music; because the soundtrack is so piano-heavy – some tracks featuring piano exclusively – the sheets make for accurate transcriptions rather than arrangements of the score.

Emily: Can you tell me about your background in music? How you got into composition? 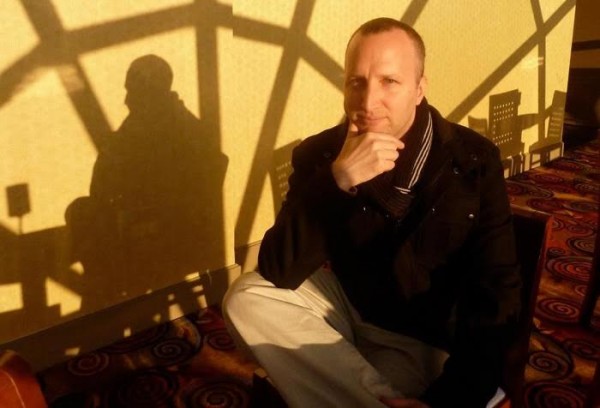 Steven Cravis: I took piano lessons from about 7 years old to 17 years old. Grew up listening to a combination of my dad’s jazz collection, brother’s rock collection and sister’s pop collection. I studied with one classical teacher, and several jazz teachers, with high emphasis on improvisation.  One of my favorite pianists I heard as a teenager was George Winston, who in my opinion was the inventor of the ‘rural folk’ style solo piano music he, and now many pianists play. I was very inspired by this style and created my own first solo piano album ‘True Reflections’. Composing came pretty naturally to me, as it was almost like a more organized version of improvising.

Emily: What got you involved with Quell?

Steven Cravis: Fallen Tree Games creators had heard my music on some of the Orisinal flash games and approached me about creating music for their zen-style puzzle app Quell. I originally wrote 3 pieces for their first app, which is currently free on iOS, and later 11 more pieces for a total of four app versions so far.

Emily: Was this the first time you scored a game?

Steven Cravis: I had composed some pieces for other games before, but this was the first time I composed specifically, and so many tracks, for such a detailed and well designed mobile app.

Emily: Did it change the way you composed the pieces, knowing that they were specifically written to accompany a puzzle game, and someone else’s creative direction?

Steven Cravis: Yes, and the Fallen Tree Games creators were great about describing mood and feel to me, in fact I felt that their own sense of musicality, audio production was very advanced considering that their specialty was the programming and visual media, not music composition. We had very good back and forth feedback to refine how the final music compositions and instrumentation would sound. I found their input very supportive and inspiring.

Emily: What kind of information or artwork were you given regarding the game as you composed, or the expansion games?

Steven Cravis: I was given a bit of an underlying story along with descriptions of mood and feel, usually not seeing art until the music was already in process.

Emily: The soundtrack seems largely inspired by your piano background – how did you decide to bring in the guitar and, in the expansion game, the violin?

Steven Cravis: Fallen Tree Games and I wanted a little more than piano, but not too much more. We worked together to try out different instrumentation combinations and refined, through conversations, what sounded best from different mixed examples that I provided them, including sometimes there would be a very specific guitar sound, so I would export several different audio files of the same short phrase midi idea, with different kinds of guitar on each audio output example.

Emily: You also put the sheets up for sale – what led you to do this?

Steven Cravis: There were many fans (of Quell, and of my music generally) requests for the sheet music, and we didn’t have any licensing conflicts regarding my release of those first three sheet music titles, or the subsequent 11-track (audio) album The Quell Collection that included the first 11 Quell music tracks up through Quell Memento.  At some point I hope to catch up with making more sheet music available, including Quell Reflect, Quell Memento and Quell Zen tracks.

Emily: Are there any other games on the horizon that you’re going to be scoring?

Steven Cravis: I’ve recently licensed some solo piano and ambient music of mine for a popular relaxation app called ‘Calm’ and news will be out about that soon.

Emily: What else would you like to share about your work on Quell to VGMO and the game music community?

Steven Cravis: I’ve made playlists showcasing many styles of my music on various services at this link which I hope VGMO and the game music community will check out here.