For the original version of the soundtrack, composer Hitoshi Sakimoto was forced to simplify his music to accommodate the limitations of the PlayStation 2. For this version, he was able to re-record the soundtrack with high-quality instruments and in 7.1 surround sound to finally realise his original vision while taking advantage of current sound production capabilities. The trailer above provides a preview of the quality to expect. 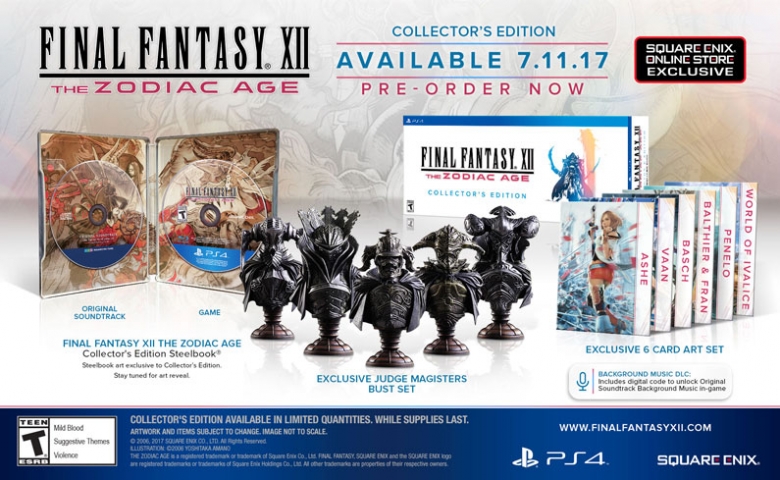 Square Enix will sell a Collector’s Edition of the game through its online store. Among the many bonuses are a soundtrack disc featuring the new recordings from the games. At present, the track listings have yet to be revealed. Likewise, it remains to be confirmed in Square Enix will commercially release the full soundtrack.

One Response to Soundtrack available with Zodiac Age Collector’s Edition