We last caught up with Peter McConnell in a fantastic interview from three years ago. Since then, McConnell’s already-impressive profile has been raised with a plethora of major projects: Sly Cooper: Thieves in Time, Hearthstone: Heroes of Warcraft, the new Plants vs. Zombies titles, and the Kickstarter-funded Broken Age.

In this interview, McConnell discusses his experiences on these five titles. Along the way, he reflects on how he discovered the ideal sound for these titles, shares his memories of recording sessions, and talks about the expectations that come with working on a Kickstarter-funded project.

Chris: Peter McConnell, welcome back to the site! It’s been three years since we last talked to you and a lot has happened in that time. How has life been treating you? Have you enjoyed all the recent recognition of your work?

Peter McConnell: It’s been a wonderful three years, between titles like Sly Cooper: Thieves in Time, Broken Age, Plants vs. Zombies: Garden Warfare and Hearthstone: Heroes of Warcraft. I’m trying not to take it for granted. 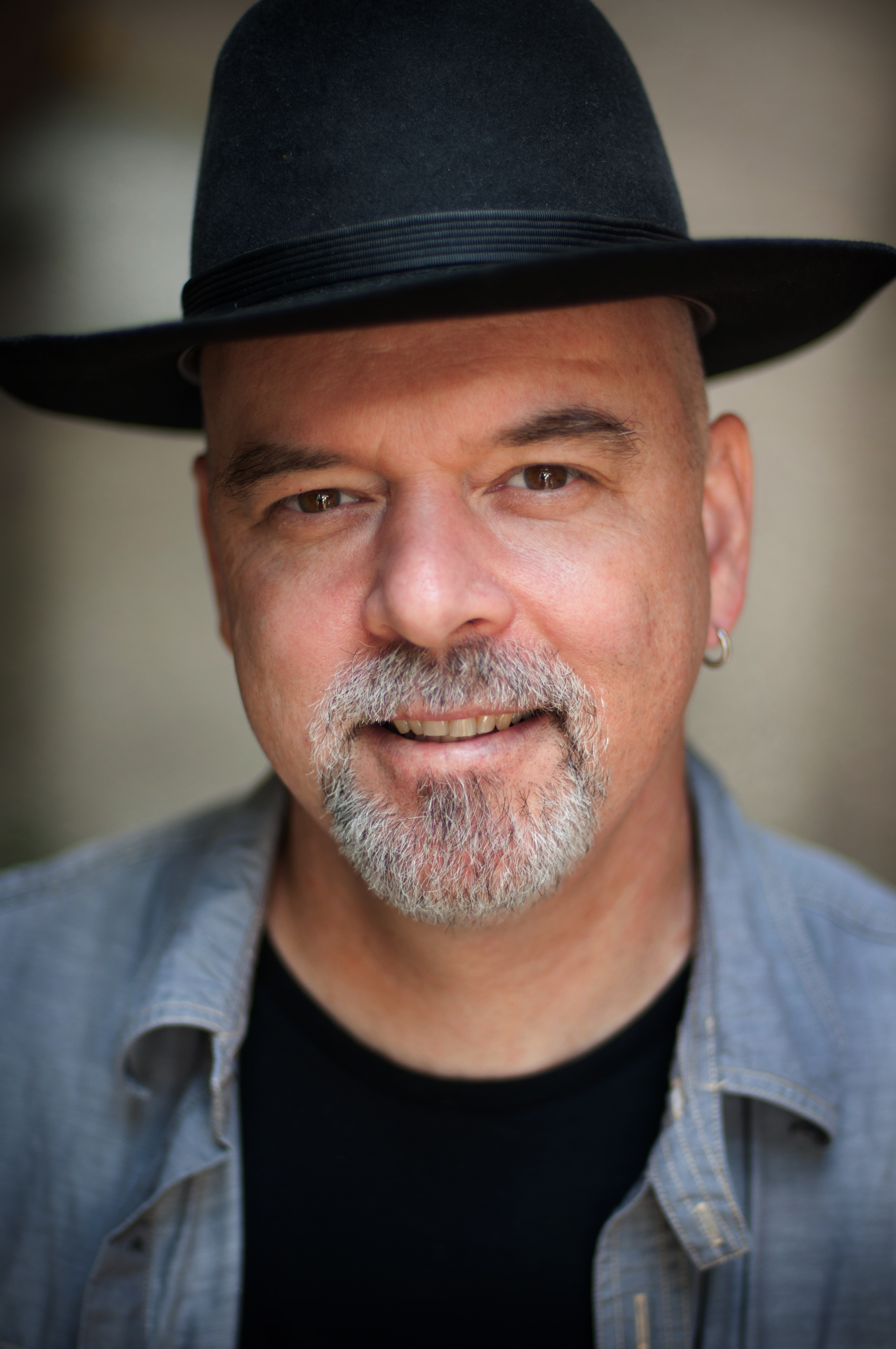 Chris: As you say, one of your latest scores is Broken Age, which was funded through an incredibly successful Kickstarter campaign. What was it like to be involved in a Kickstarter-funded campaign? Did fan expectations influence you on this project?

Peter McConnell: A Kickstarter project is a special kind of project. If you do it right, I think it becomes part reality show because of the connection you get with the backers. I wouldn’t say that I was influenced by their expectations per se; instead, it’s more like a sense of responsibility I felt to share what I was doing. I did get the sense of a lot of folks knowing about my work on the project. Random people would come up to me in random places and say “Hey, you’re the guy that did music on Broken Age.”

Chris: For Broken Age, you managed to record with orchestra despite having a relatively modest budget to work from. How did this come about?

Peter McConnell: That was kind of magic, and it goes to the heart of what’s cool about working on a Kickstarter project. I was working on an orchestration of Grim Fandango music for a video game concert put on by the Queensland Symphony. The whole thing was set up by a href=”/andrewpogsoninterview”>Andrew Pogson, the assistant music administrator for the Queensland and Melbourne Symphonies, and we were in constant contact about the project – everything from securing legal rights from Disney to the details of the piece itself. One day Andrew emailed me saying, “Hey, I see you are the composer for Broken Age. I’m a backer. Do you think we could involve MSO?” I wrote back: “You read my mind.” After that it was a huge labour of love on everyone’s part to get the session to happen. If it weren’t for Andrew’s tireless efforts and those of many others, I’m sure it would never have been possible.

Chris: Could you tell us more about how you tailored the score for live performances? How did you combine tutti the Melbourne Symphony with your solo instrument performances by yourself and others?

Peter McConnell: The way the orchestral music fit with the small ensemble and solo pieces was largely dictated by the flow of the story. In fact I started out with the idea that Broken Age would be entirely a small-ensemble score, but these moments kept coming up that shouted out, “Orchestra! Orchestra!” So the larger sounds kind of grew out of the smaller ones, even though they don’t necessarily happen in that order in the game. 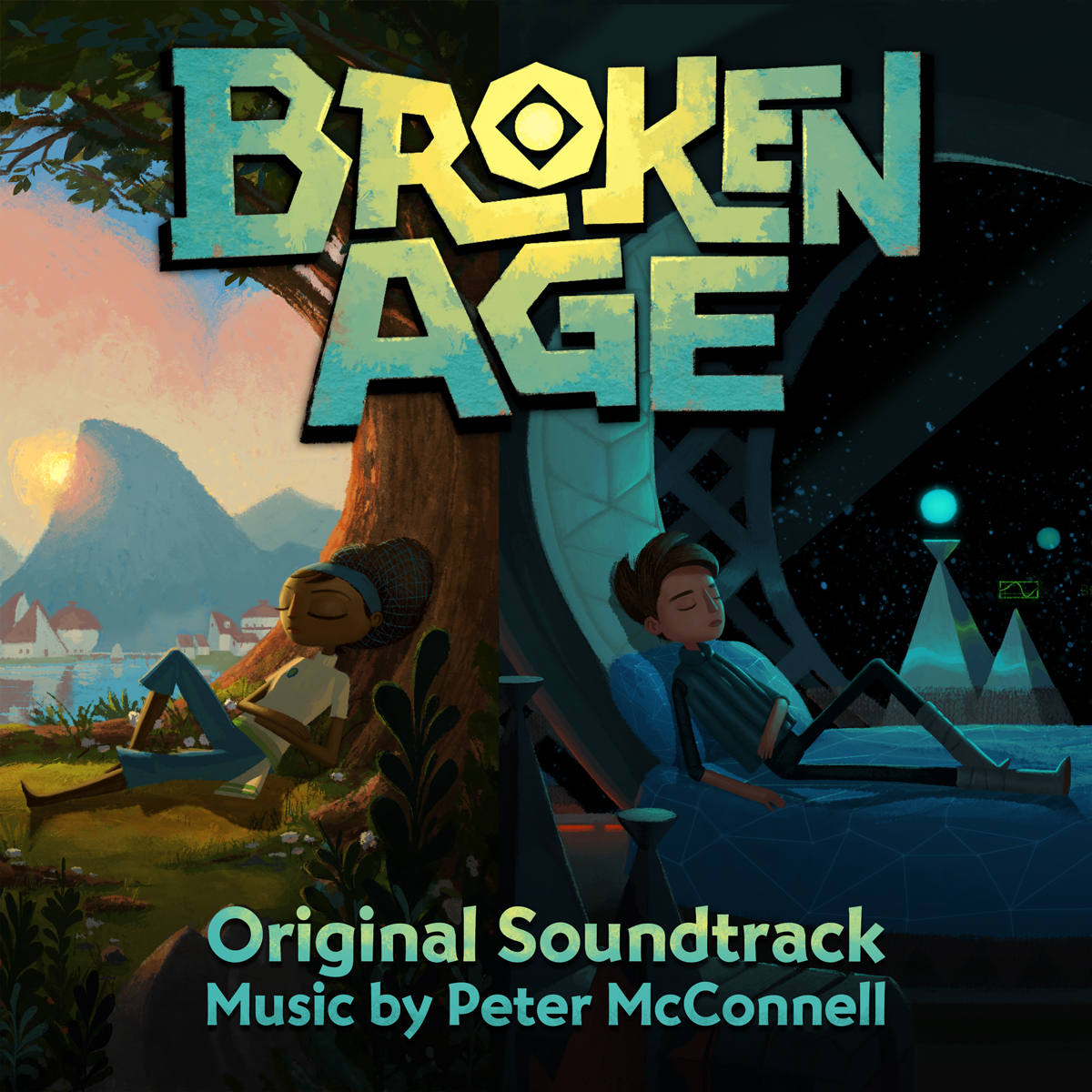 Chris: We’ve known for many years that your stylistic influences are vast. What styles and composers influenced you on this title? Is it correct that avant-garde works were among your inspirations?

Peter McConnell: I grew up living in a lot of different places – Switzerland, Kentucky, Kansas, New Jersey – and had some pretty diverse musical influences as a result, from Mozart to Earl Scruggs to Bruce Springsteen. I hate to say it, but I also watched a fair amount of TV, and loved Lalo Schiffrin’s music from Mission Impossible and Mannix, as well as the scores from 1970’s Quinn Martin crime dramas like Cannon and Barnaby Jones.  I think that’s where I first got an instinct for music for picture – whenever I’d play by myself, I’d be some cool spy or detective and hum a constant soundtrack to everything I was doing. In college I studied classical composition and some jazz music history, and got a special appreciation for Duke Ellington. Like a lot of game composers, I’m a huge fan of Bernard Hermann, John Williams and Danny Elfman. And yes, I do love some of the 20thcentury avant-garde composers like Edgard Varese, John Cage, Henry Cowell and especially Morton Feldman.

Chris: You also scored both Plants vs. Zombies 2 and Plants vs. Zombies: Garden Warfare. Could you tell us about how you scored these gigs? What is it like to work on more casual titles like these compared to your other works?

Peter McConnell: When I was contacted to help on Plants vs. Zombies 2 (Laura Shigihara did the Egypt level), I had already scored PopCap’s  Solitaire Blitz, which we did with a live orchestra recorded in Seattle. So in some cases there is little difference at all between scoring a casual title and scoring a big console game. That said, part of the charm of the original Plants Vs. Zombies music is a kind of low-fi aesthetic, which I had to work pretty hard to get right.

Chris: Laura Shigihara’s soundtrack for Plants vs. Zombies is much-loved. Could you elaborate on how you paid homage to this score while still introducing fresh approaches too? Did you have any interactions with Laura Shigihara while writing these titles?

Peter McConnell: I am a huge fan of Laura’s original PVZ score and it was an honor to be asked to carry on that tradition. As I mentioned, I spent a lot of time studying Laura’s themes and getting the right palette of sounds. I definitely have my own take on the PVZ universe – it’s almost impossible for me not to – but I try at all times to pay homage to Laura’s original themes, sound and style. With Plants Vs. Zombies: Garden Warfare it was a little different, because the look and feel of the game is intentionally different from the original. We needed a bigger sound that had some connection to the original score but made sense with the 3-D larger-than-life look. We tried an awful lot of styles before finally settling on a slightly military version of 1980’s synth-pop. Perhaps it sounds odd on the face of it, but I think it works like a charm when you actually experience the game. New styles notwithstanding, I still had a lot of references to Laura’s original themes in some of the pieces.

Chris: You were also responsible for the music of Blizzard’s Hearthstone: Heroes of Warcraft. Could you recall some of your experiences on this title? How did you meet the simultaneous challenges of creating music befitting both the Warcraft universe and a collectible card game?

Peter McConnell: The Hearthstone score is another example of one in which we had to search hard for the right style and feel. I think the original concept was to have a sort of light orchestral almost-parody of the great World of Warcraft themes. I did something like that to start with, but when I sat down with the Blizzard team to hear and see it in the context of the game, it was pretty clear that the approach wasn’t working. Then I watched two absolute experts playing the game right next to each other. There was all this action – bravado, trash talk, one-upmanship – and a picture became clear of a card game in a bar or pub, and some really tough music played by the bar band. What was needed was a mediaeval version of the blues, hence the traditional sound of an open-tuning guitar with a bluesy finger style and the wind quintet to conjure up images of the early Renaissance. This just happened to be in my sweet spot since I love playing that kind of stuff on guitar, and I’m a big “early music” fan. The grounding in the WOW universe is solidified by plenty of references to the original themes from World of Warcraft.

Chris: However, it was the soundtrack for Sly Cooper: Thieves in Time that was the principal reason you won an Annual Game Music Award this year. How did you ensure this soundtrack was so eclectic while still working as a cohesive whole?

Peter McConnell: That’s really the essence of what I like to do, just as in Hearthstone – to bring together totally disparate styles and merge them into something that is hopefully fresh and fun and real. As I mentioned before I am a huge jazz fan, and Thieves in Time in particular was a great opportunity to run loose in a vaguely Mancini-inspired universe. The eclectic part is easy, by the way. It’s making it cohesive that’s the hard part, and that I tried to do by keeping very consistent basic themes (the main Sly Cooper theme in particular) and including clarinets, saxes and horns in just about everything, so that we had a fairly consistent ensemble playing a variety of styles with guest instruments like electric guitar or ethnic flute.

Chris: As the fourth game in the Sly series, Sly Cooper: Thieves in Time builds on the signature sounds of the franchise. What was it like to return to this series? How would you compare and contrast the score to previous entries in the series?

Peter McConnell: Thieves in Time is by far my favorite of the series because we had time and budget to make the Sly musical universe what I had always wanted it to be. We had two separate week-long sessions in Nashville with some of the finest players available – a small big band plus a 30-piece orchestra – along with the mixing, directing and implementing resources of the full Sony music team in Redwood City. And with the variety of environments and dramatic situations that came with the time-travel aspect of the game, it was a real chance to stretch and develop the Sly musical material. It was a truly awesome experience. 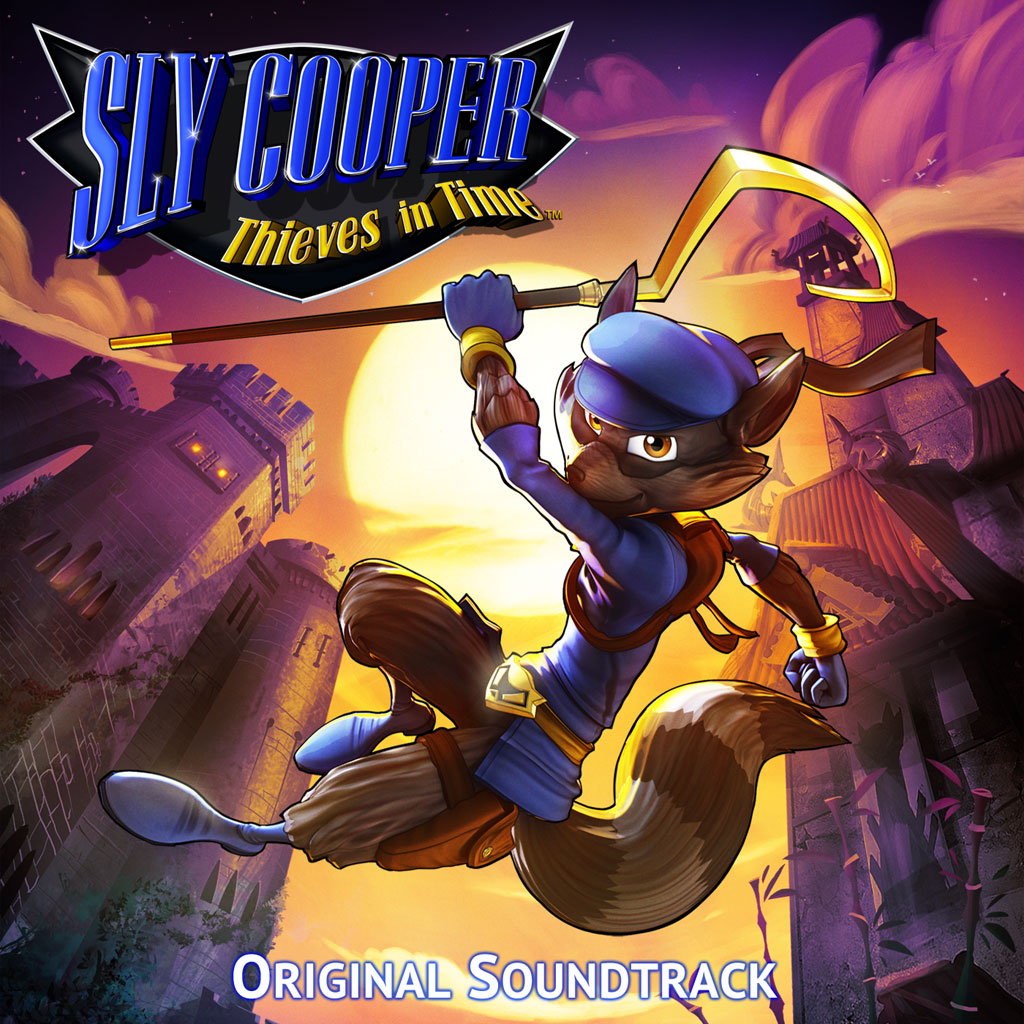 Chris: Many thanks for your time today, Peter McConnell. Is there anything else you would like to say about your present or future works? Do you have any message for your fans across the world?

Peter McConnell: All I can say is thank you so much for listening! I feel very fortunate.