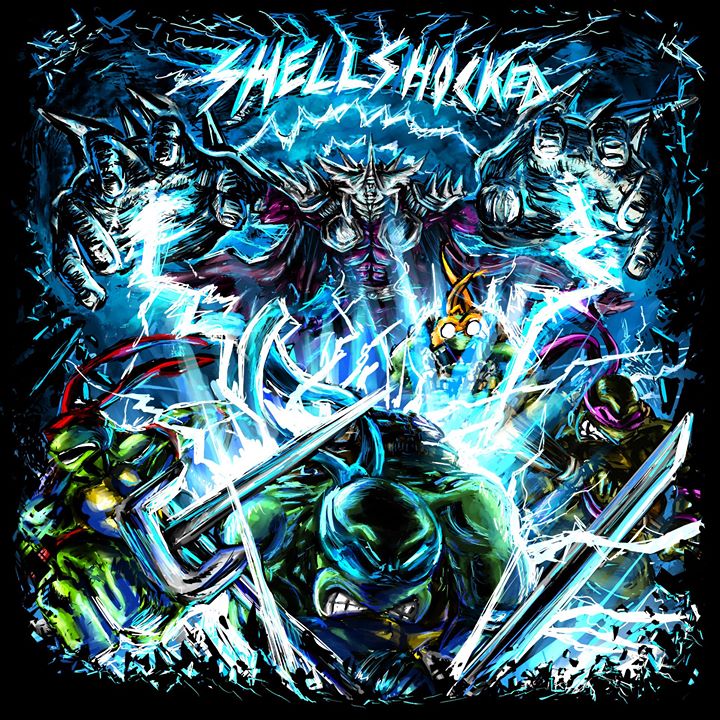 “When conceptualizing Shell Shocked, I wanted to capture what I had imagined as an 80’s-style rock sound in the music of the original game. The Turtles themselves have always been steeped in the culture of the 80’s and early 90’s and have a bit of that era’s playful cheesiness, so I wanted to reflect that in an album that had a hard edge but didn’t take itself too seriously. For the remixer lineup, I decided to reach out to those who I felt could best capture my vision of an album of 80’s-infused rock.  Despite having a heavy rock and metal influence, the album is packed with variety, with arrangement styles ranging from power metal, punk, progressive synth, glam metal, jazz fusion, blues rock, funk, and even a little bit of Vanilla Ice-inspired rap rock.” – Album Director Kyle Crouse (aka KyleJCrb)

he two disc digital album features 22 songs from 25 artists re-envisioning the original compositions in rock and metal styles. Featuring veteran arrangers such as Stemage, Sixto Sounds, and Mutherpluckin’ B, as well as a range of newcomers, the album promises to be filled with creativity. A track listing and arranger list is available here. As detailed here, a pre-release party will occur on April 6 in conjunction with Arecibo Radio.