Shota Kageyama, known for his work for Procyon Studio as well as GameFreak, has a trio called Lecetto, featuring himself, guitarist Yujin and singer Maco. The duo’s earliest known work, which appears on this album, was from 2009. How does this music compare to his instrumental music for games and is it worth a purchase?

The album starts with “water..,” a short introduction style song with non-lyrical vocals. It’s quite beautiful with its combination of vocals, piano, and water sound effects, but I do wish it was a bit longer. Following that, “panna -Album Version-” features a nice pop soundscape with an extremely memorable melody and excellent acoustic guitar and keyboard passages. The vocals for this track, and for every subsequent track, are excellent and really strengthen the songs. “drop” is an upbeat pop tune with wonderful piano accompaniment, composed by Yujin. It has a very modern sound to it and I could imagine it being in a modern Persona game. In addition, the chorus for this song is stellar. “The Paris Sky” is another fun tune featuring accordion and an upbeat tempo. There’s a bit of a lounge jazz influence in this piece. It’s definitely one of the highlights on the album, in my opinion. Another stellar track is “i note -Album Version-.” There is a romantic R&B tone to the piece and features a fantastic melody with an amazing chorus and acoustic guitar solo. In addition, the soft vocals really add to the song. Following that, “soledoor -Album Version-“, composed by Yujin, my personal favorite on the album, is an upbeat rock/jazz/funk piece. Here’s another song where the vocals really get to shine with the chorus being particularly catchy. I could definitely see this song in a modern Persona game. “And it begins again. -Album Version” is one of the softer pieces on the album. Kageyama definitely takes a ballad approach with this tune and it works quite well. The soft pop flavor mixed with a wonderful melody and a nice, twangy guitar solo makes for a great combination. Lastly, “Light and Wind -Album Version-” closes the album with its pop offering. The piano work is absolutely beautiful and the guitar solo and vocal work are excellent as well.

Although a short album consisting of an introduction and seven full length songs, the entire album, from start to finish, is well worth listening to. The vocal work by Maco is excellent and Kageyama’s and Yujin’s compositions, while retaining a pop or R&B flavor, are all varied enough to keep the listener entertained. If this is what I can expect from future Lecetto releases, I eagerly anticipate their next release. For fans of Kageyama’s video game works, this one is definitely something to check out, especially if you are a fan of pop music.

Those wishing to purchase the physical edition can do so here. 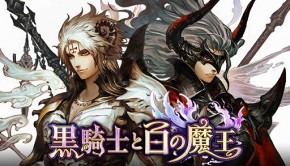