Released to great acclaim, but poor sales upon its release for the PlayStation 2 in 2006, Okami was an adventure game set in the style of traditional Japanese brush art that has now amassed a strong cult following. In 2012, Capcom decided to revisit the title, giving it a high definition remastering for the PlayStation 3. Now more than ever, the game’s gorgeous art style could shine through the way it was meant to be seen. Tying in with this, their record label Suleputer quietly released a new arrange album upon Okami’s new release.

This was an album that entirely slipped under my radar, as I had not come across it until recently. That turned out to be a pretty big mistake, as Okami Goju no Onchou (which roughly translates to “Okami Five-Layered Sound) represents the best musical release for the entire series next to the original soundtrack. The title refers to the five distinct instruments used, in this case the violin, piano, cello, tsugaru shamisen, and shakuhachi flute; which all make up the substance of the album’s twelve arrangements. Unlike later albums which would attempt varying styles at odds with the game’s distinct Japanese soundscape, Okami Goju no Onchou keeps its Eastern origins intact while arranger Tomomichi Takeoka offers some new ideas to the table. With some of the best video game music ever composed being performed expertly on live instruments, the results prove to be wholly successful.

Opening on a more somber note with the atmospheric theme for the character Princess Sakuya (which also hints at the later track “Rising Sun”), the beginning gentle piano notes lead into the strums of the shamisen and soothing strings. The shakuhachi adds in a reverberating harmony, later paired with pizzicato from the violin and more shamisen notes. Each section works together beautifully, and the combination of both Eastern and Western instruments does not feel jarring in the least.

Other characters are additionally given arrangements of their respective themes. “Susano’s Real Power,” originally a heroic piece in the game, is scaled back as a more melancholic ballad. The piece begins with a solo piano section until around the 0:50 mark when the shakuhachi joins in. The tempo quickly picks up, and the duet of seemingly contrasting instruments play off each other quite uniquely. “Waka Appears” hands the violin a mysterious Asiatic solo as each layer of sound is added on. The track transitions into what almost sounds like chamber music and later on into a waltz-like melody. Changing tone drastically, “Yami (The Emperor of Darkness)” is dark and ominous, slightly akin to a Glass composition with its scraping strings. The shamisen and shakuhachi play a gloomy line of notes which hold tinges of mock-seriousness. Though perhaps at times experimental between sections, Takeoka manages to hold the listener’s attention.

The battle track “Exorcising Evil” is purely Japanese, only utilizing the shamisen and shakuhachi. Playful and full of cadenza from both sections, the effect here is even greater than in the game due to the use of live instruments. The following track “Crimson Helm Begone!” is similar in composition due to it also being a battle track, but more substance is added due to the addition of the Western instruments. Takeoka switches between styles and tempos, carrying hints of both folk music and contemporary melody. It’s a delight to hear and each second had me in suspense of what would happen next. 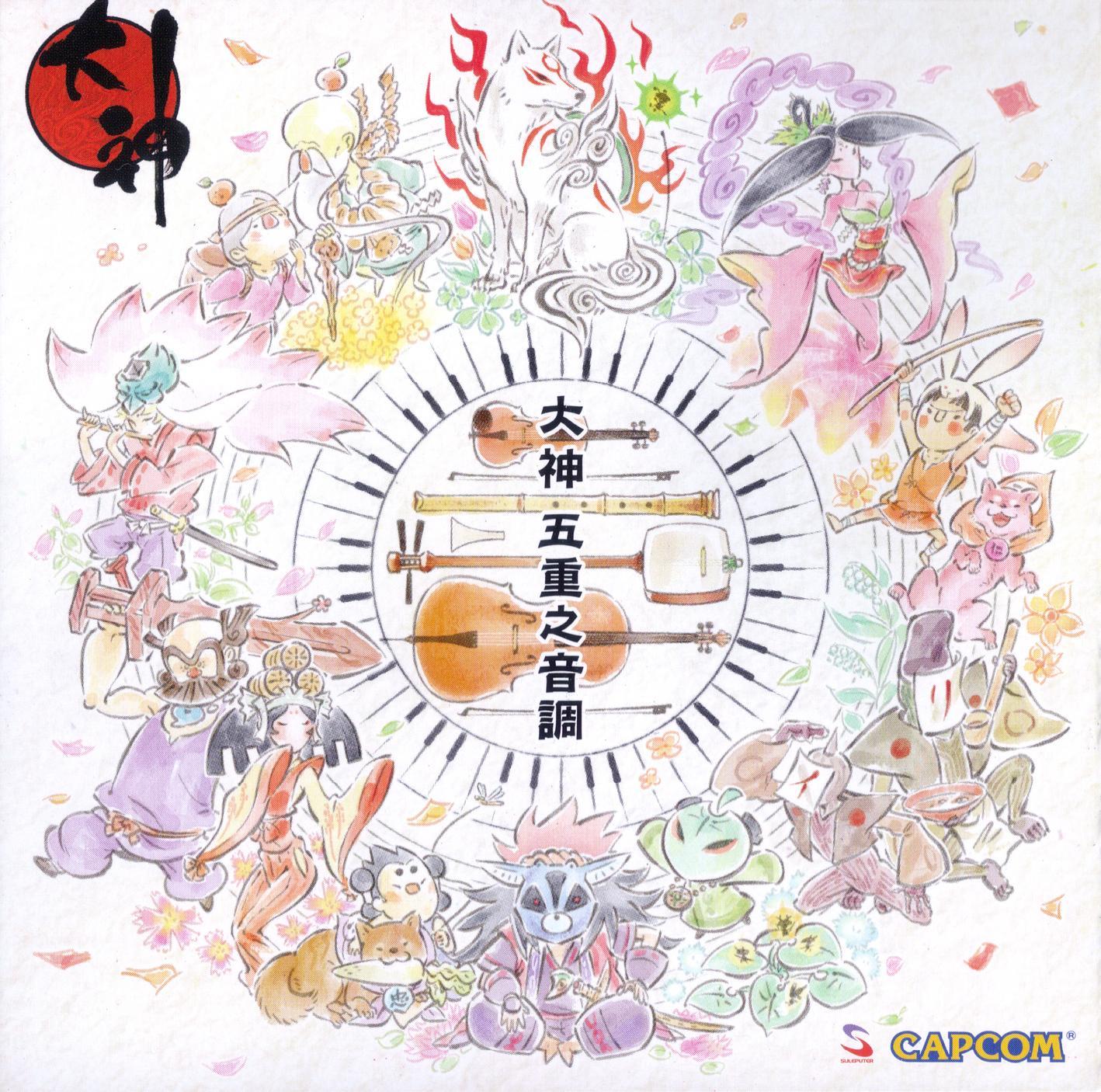 Moving on, the even more impressive arrangements are for the area themes. The first minute of “Shinshu Plains” begins with a slow exchange between the strings and shakuhachi before hints of the melody itself can be heard. Takeoka could have simply arranged a simple performance of the theme, and that would have satisfied me. But instead, he slowly builds up to it until it shines through around the halfway point. Though perhaps purists may be put off by its shift into a more classical-like soundscape, I found myself impressed by his interpretation. “Hana Valley,” on the other hand, is wistful and somber, giving particular focus to the cello. In an interesting choice, the track is performed only on Western instruments. “Lake Harami” gorgeously combines ambience with long string notes into a beautifully done atmospheric piece. The highlights are the shakuhachi melody and reliance on plucked strings and tremolos. A definite must-listen. I was most curious though on how Takeoka would handle the theme for the capital city of Sei-an, a larger location the player visits towards the middle of the game, and I was not disappointed in the least. Beginning with shamisen strums and a folksy melody on shakuhachi, the strings additionally add excellent backing. Memories of the game instantly flowed back to me, and the shifting of tempos had me engrossed the whole time.

Finally, the album is concluded with arrangements of Okami’s ending themes. “Reset” proved to be a natural fit for the instruments, as the game already prominently featured it on the shakuhachi, having originally had its origins as a pop song. As the melody picks up, so do the strings and piano in a combination which grows stronger as it progresses. The theme is handed to the violin, followed by an improvisation section by the shamisen and piano. Concluding swiftly with all instruments, I enjoyed it from start to finish. The epilogue track “Rising Sun” opens strongly and quickly with the strings as the shakuhachi performs an uplifting melody. The strings continue the line of scales, transitioning into a section comprised of shakuhachi melody and piano shamisen harmony. Not dull for a moment, I couldn’t have thought of a better way to end this fantastic album.

While Okami would later have some other great arrange albums like the jazz and lounge music releases, it’s only Okami Goju no Onchou which had me enthralled through all of its tracks. There isn’t a single weak piece among this entire disc, and Takeoka has truly outdone himself with his arrangements. Despite only using five instruments, no track ever feels sparse and each one always has something interesting going for it. I have listened to this album multiple times, and it only gets better with repeat listenings. One of the best arrangements I’ve ever heard and bursting with creativity at every turn, Okami Goju no Onchou gets my full recommendation.