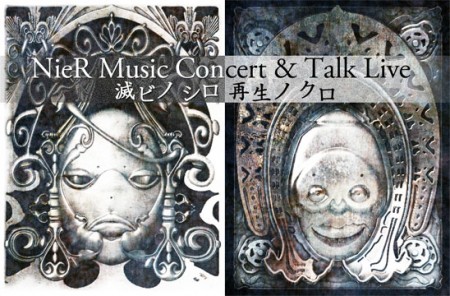 A NieR concert and live talk has been announced for the 16th of April, 2016. Being held at Ex Theatre Roppongi in Tokyo, the concert performers will include vocalist Emi Evans, Keigo Hoashi on piano, Takashi Goto on guitar, and the Reiko Tsuchiya Quartet. Discussion will revolve around both the original NieR games as well as the still-in-progress NieR: Automata, and speakers include director Yoko Taro, producer Yosuke Saito, composer Keiichi Okabe, along with a few others. The setlist is yet unknown, but new material from NieR: Automata is slated to be performed for the first time at the concert. Tickets for the event are 6000 yen. No word yet as to whether the event will be streamed, similar to the previous concert and talk held for the release of the NieR Piano Collections.