Earlier today, SEGA held the Sonic Appreciation Festival 2015 at Tokyo Joypolis. During the event, Sonic series sound directors Tomoya Ohtani and Jun Senoue performed a live mini-concert dedicated to Sonic Runners and answered questions about their work on the series. 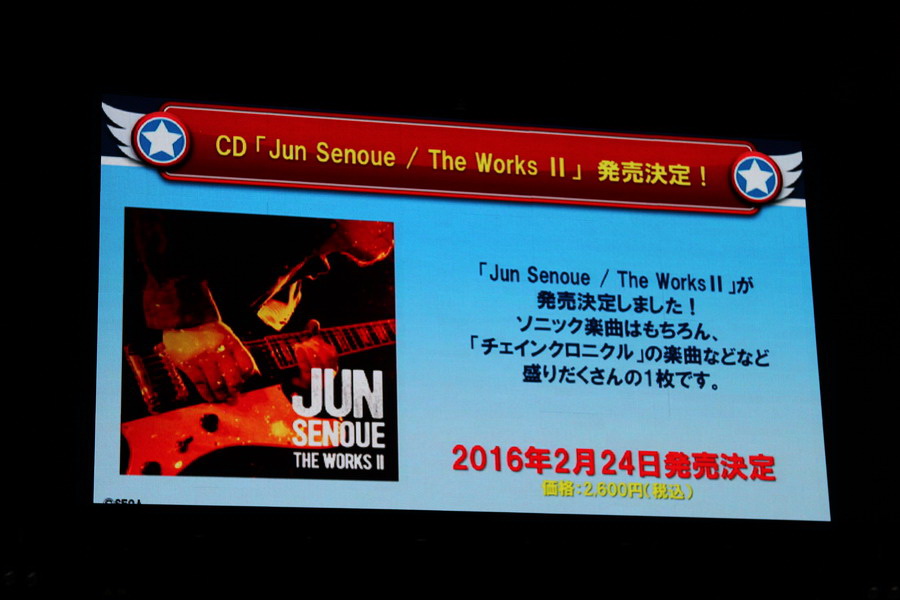 Among the announcements made at the event was that Senoue is working on a new album called The Works II. A follow-up to his 2009 compilation album, the album will feature some of Senoue’s best tracks from the Sonic series and beyond. The album will be released on February 24. Look out for track listings and samples in the near future.

Also during the event, SEGA announced they will be kicking off their Sonic 25th Anniversary celebrations with the the concert Sonic Adventure Music Festival, to be held at the venue Future Seven, Tokyo on April 2. In addition, they will be holding the second SEGA symphonic concert on July 17 at the Tokyo Metropolitan Arts Space following the positive reception of the first symphony that occurred earlier this year.