In 2010, Enterbrain revived the Metal Max series of RPGs with two DS titles, the sequel Metal Max 3 and the remake Metal Max 2: ReLoaded. While both games delivered in many ways, their soundtracks were plagued by superficial music and atrocious synthesis. Three years later, they published a fourth title in the series: Metal Max 4: Diva of the Moonlight for the superior 3DS system. Satoshi Kadokura’s score for the title was thankfully a major step-up from the previous two instalments. 23 of the best tracks from the title were packaged into a bonus soundtrack with the limited edition game in Japan.

In Metal Max tradition, the soundtrack opens with a rendition of the series’ main theme. For better or worse, this arrangement shifts away from dichotomous approach of the original version in favour of hard-edged sound. A step above the disappointing Metal Max 3 version, the bass guitar and techno beats come together to create an electrifying introduction to the game.  The vocal theme featured thereafter, “Song of Tomorrow”, proves a typical love ballad. Kadokura took a simple approach: most of the song features a soft vocal melody set to solo piano backing, and other orchestral samples aren’t introduced until the two minute mark. But with a trite arrangement, bland melody, and an average performance provided by seiyuu Mari Shiraishi, the final result failed to capture my imagination during the playtime.

Theme song aside, the majority of the background music created for Metal Max 4 is a cut above the DS titles in the series. Kadokura often shifted away from the synthy sounds of the previous instalment in favour of classically-influenced arrangements. Free-spirited tracks such as “Walk of 50”, “Little Town”, and “Tiger’s Den” are delightful to hear both in and out of context; a refreshing shift from the trashy synthpop approaches of Metal Max 3‘s “Angel’s Whereabouts”, Kadokura uses the synth orchestra to create tracks that sound both fun yet elegant. After the horribly clichéd “Let’s Meet Dr. Mince” from the previous game, “Late Cool Breeze” demonstrates that Kadokura is capable of creating individualized pieces using traditional Asian stylings and instruments. Another major success, “The Sun Also Rises” is a small ensemble piece that builds from its simple origins to explore a wide range of scenes and emotions during its considerable playtime. Tracks like these are fairly conventional RPG music, but are highly enjoyable regardless.

It helps that the developers resolved the synth problems that plagued Metal Max 2: ReLoaded and to a lesser extent Metal Max 3. This is immediately evident from the superior samples and cleaner mix of “WANTED!” among other battle themes. The mixing of moody electro-acoustic themes such as “Sand and Iron Ballad”, “Our Search”, and “Bergman” is especially well done. Some tracks, such as the percussive “Dance with Riddles”, piano-based “Hidden”, and militaristic “Latour” are relative slow-burners; while not all listeners will enjoy them on a stand-alone level, they create plenty of atmosphere in context. Following a partial rendition of the third movement of Beethoven’s Moonlight, the soundtrack reaches a spectacular climax with two battle themes, “Kuromogura” and “Last Battle”. While the respective tribal and rock influences of the tracks are clear, they’re lifted by all the stylistic and rhythmical intricacies featured during their playtime.

All in all, Metal Max 4‘s soundtrack is an impressive return to form for the Metal Max series. Emotional, memorable, diverse, and polished, it makes up for the mistakes of Metal Max 3 and Metal Max 2: ReLoaded, and proves a fine RPG soundtrack in its own right. While the 23-track soundtrack is substantial, it isn’t complete and omits many of the event themes from the game. To date, no plans have been announced for a complete soundtrack release for the score. Hardcore fans should consider picking up the soundtrack from auction and marketplace sites in the meantime. 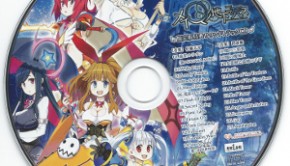 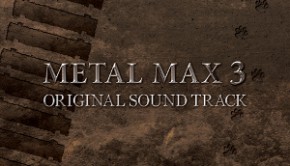 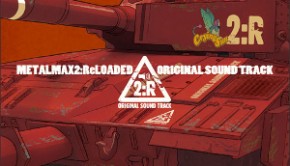 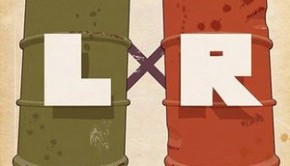