Egg Music Records have announced that they will commemorate the music of Konami’s Contra franchise with a series of compilation albums. Contra Chronicle Vol. 1 is a two disc set that will feature the following soundtracks:

This marks the first time the critically-acclaimed, AGMA-winning soundtrack for Hard Corps: Uprising has been released. It also features a brand new recording of the Genesis classic Contra: The Hard Corps and the first commercial release of the Contra 4 soundtrack. 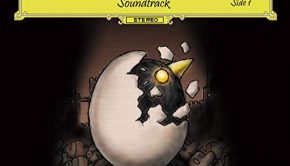