Grant Kirkhope has been praised for his iconic work on a wide variety of games, from Banjo-Kazooie, Viva Piñata, the Perfect Dark series, and Kingdoms of Amalur: Reckoning. A 2015 Kickstarter project, which campaigned for a game that brought back the original creators of games like Banjo-Kazooie and Donkey Kong Country, forcefully attested to Kirkhope’s success with Rare when the campaign achieved almost more than ten times its original goal, and has currently surpassed £2,000,000.

I met with Grant Kirkhope back at MAGfest this year, during which we had a few minutes between his Q&A panel and autograph session to chat about some of his past and future work. Although our time talking was short, we had a great discussion about patterns across Kirkhope’s music and some of his favorite scoring moments.

Emily: One adjective I’ve been seeing lately – more than once! – when talking about current game scoring is “Kirkhopian” – but you talk about your involvement with metal bands, you’ve got the Banjo-Kazooie vibe, Beyond Earth – and I struggle to connect those musical genres. So, in your mind, what is your sound?

Grant Kirkhope: [laughs] I think – everyone thinks that you just go for your own signature sound, but I don’t think it’s like that, at least not for me! I just write the way I do and cross my fingers. I like certain chord sequences and certain melodies, and I use them over and over again – it’s probably a bit dull, but I like those styles, right? I know there’s a sequence I use in Banjo-Kazooie, and I use it in everything, that I first heard in Danny Elfman’s first Batman movie where Batman slides up to the cathedral, and there’s a chord sequence there that only happens twice, and you never hear it again, and I loved it. In my version, it’s C minor, A flat minor , C minor, F# major. And that is basically my thing – I’ve used those chords tons of times, in everything.

So I have this thing where I think – this game is jolly, the music’s going to be like this, this game’s serious, it’s going to be like this – but even in Civilization: Beyond Earth, I still used those same chords that I used in Kingdoms of Amalur. I don’t use a lot of complex jazz chords – I use your basic major and minor, and that’s it. It’s not that I don’t know them, but I just don’t gravitate towards them. When I write a piece of music, some things speak to me and some things don’t, and this just always speaks to me.

Emily: Well, both here and in your Q&A, you said that your method is – you simply write the music. You say, it’s not something to overthink, it’s very straightforward. A few years ago, in your interview with Chris, you said that the Amalur score was an interesting score to write for, and in the Q&A you said it was your favorite to write. It seems like you did a lot of legwork for that – you had a whole lot of ideas. What made that process so much more involved? 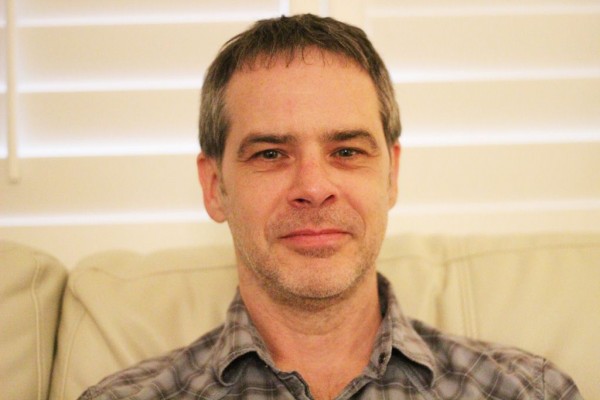 Grant Kirkhope: When I got to do that game, it was, I thought, the biggest thing I’d done, and I wanted to knock it out of the park as best I could. I’d never used that large an orchestra before, I’d never written something of that nature before, and I’d never done that kind of Harry Potter, Lord of the Rings-type score. When I was scoring the bosses, I wanted to try to do something I hadn’t done before. For the Harry Potter soundtracks, John Williams does this thing where he has this great big exciting music – it isn’t melody based, it’s very exciting, and the reaction it gets is just perfect, and I wanted to get that. John Williams gets through like a million ideas in like ten seconds – how he does that, I don’t know! So the first piece I wrote is called “Balor.” And I was trying to change ideas as fast as I could, and I wanted to try and have a go at that thing that [Williams] did, and it was very educational; I learned a lot. And, it made me think – you know what, I could write a movie soundtrack. Prior to that, I was thinking maybe I can’t, but afterwards, I thought it was something I wanted to do.

Emily: So your process was pretty similar to some of the other games, even if it was more involved?

Grant Kirkhope: Right! I still write very instinctively, and keep thinking about what comes next. I write in chunks – I don’t sketch the whole thing out ahead of time and fill it in. I just write these four bars, or ten bars, and then write the next four bars. It’s probably a bad way of doing it, but it’s the way I do it. It just pops in my head, and I go for it. I do get ideas quickly – but honestly, I’m just not that talented. I don’t think I am. I just write the first thing that pops in my head most of the time. I don’t polish it – I just get on with it. And sometimes, I think my music would be better if I spent more time polishing it, but I just don’t. I just tend to go, first idea, that’s it, that’s how it’s going to be. Sometimes, I even work like that even if I don’t have time constraints.  I probably thought a bit more with Amalur, but I still just went with it.

Emily: The first score I ever heard from you was Beyond Earth – I reviewed it for the site, and I was still very new and was it was the first time I’d come across your name, actually, so I had to go back and see what else you’d done! What was it like working with three other composers who had such different styles?

Grant Kirkhope:  Doing Civ was fantastic, and I tried really really hard to work hard on it – to write that epic and hopeful music.  I don’t get to do that often – it wasn’t minor, it wasn’t dark, it was very majestic and noble. I tried to inject all of that into the music, and put a bit of synth in it to get that spacey edge as well. But working with Geoff Knorr, Griffin Cohen, and Michael Curran, we never really interacted with each other compositionally. Geoff is a really great guy, fantastic composer – he orchestrated it all. Griffin did all the ambient stuff, and Michael did some more music. I was given the desert planet, and in the last game,  Rising Tide, I got given the ice planet. I loved writing all that music.

Emily: So you were just given the locations, and that was it? Did you get pictures?

Grant Kirkhope: Yeah, I was just given the desert planet, and then the ice planet, I did have art work to look at. But any composer worth his salt would think, okay, desert planet, that’s going to be like John Carter, or that kind of thing. Or the ice planet, it needs to be cold, with synthesizers, and have big icy things. 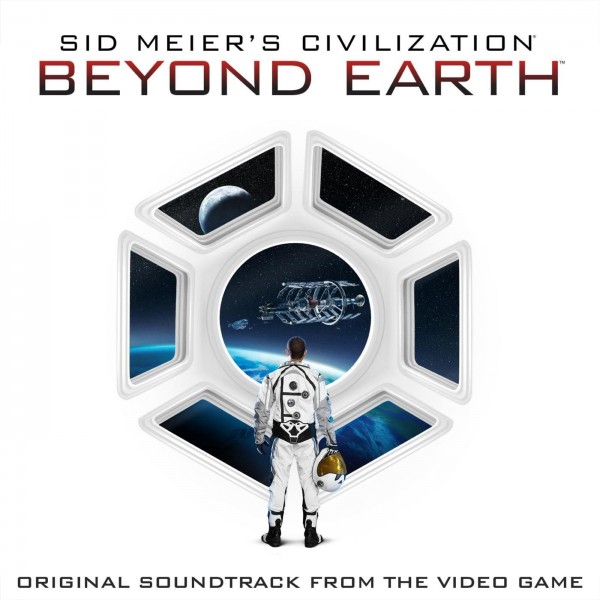 Emily: Well, Civ is more about the strategy, not the characters, so having that big picture feel is important.

Grant Kirkhope: Yeah, and I tried to make it more movie-esque, similar to Amalur, that sort of big-picture feel.

Emily: Would you like to score for a movie?

Grant Kirkhope: Absolutely, I’ve been trying to get into it. It’s stupidly difficult. I’m trying hard, but not getting anywhere at the moment. I’ve got a great agent, I’m signed up with Gorfaine/Schwartz, who are really great. It’s all about the networking, there are tons of great composers, equal or better than I am, in the same place. It’s about knowing the people who might give you the chance.

Emily: What kind of movie would you like to score?

Grant Kirkhope: I want to do Harry Potter! I’m Harry Potter-mad! Fantastic Beasts or – you know, I feel like I write good fantasy music, so I’d love to write something fantastical.

Emily: Is there anything else you’d like to say to fans?

Grant Kirkhope: I don’t like the word “fans” very much.

Grant Kirkhope: Ha …. I’ve got about 47,000 Twitter followers and people say, oh, you’ve got a lot of fans, and it’s not like that. I’m just Grant Kirkhope, and I can’t stand the ego thing in people, I just hate it.

Emily: So people who stumbled across your Twitter, and…

crikey, I’m nearly at 50k followers, I don’t know what I’ve done to deserve you all but thank you very much for all the support!!

Grant Kirkhope: [laughs] Friends! Sometimes on a Friday night, when the kids are back from school, I’ll sit back and have a couple of drinks and mess about on Twitter, and have a laugh with people who want to talk – the followers – and I just feel like we’re having a good laugh together, and I really like that. For people to like my music is phenomenal. For any artist of any persuasion, to have just one person that likes something that has come out of your brain, is just phenomenal, and the fact that anybody likes any of the stuff that I write is, one – just amazing, two – very, very humbling to me, and three – just fantastic, so it’s just the best thing in the world.