The GALTIA Original Soundtrack, released and composed by ZIZZ Studio, accompanies the visual novel of the same name. Featuring plenty of composers from ZIZZ Studio, the soundtrack release features a mix of BGM and vocal themes. How is the end result?

The album opens with “Slum,” a tune that showcases one side of the soundtrack. Its industrial, cold tones and rhythmic percussion are pure atmosphere and while the tune has no melodic focus, it is certainly engaging. “Gambler” shares these industrial and cold tones while also providing a retro feel and an energetic and engaging tune. It certainly has a lot of punch. Atmosphere certainly features more prominently in other tunes as well. “Ill-Fated Marionette” is dark and ominous, featuring an organ melody. It tends to be a bit more generic, but the atmosphere is good. Likewise, “Those Who Cross Through Darkness” is mysterious with its piano and strings focus with an ominous and dark sound.

“Height of the Evening” features jazzy piano, bass guitar, and certainly gives me Persona 5 vibes. This jazzy sound, although not necessarily in the same vein, can also be seen in “Quiet Time,” with its softer tones and peaceful woodwinds. “Sunlight Filtering through the Tree Leaves” is a brighter tune with soft synths and acoustic guitar. The soundscape is beautiful and the melody is fantastic. Another bright tune is “Surpass a Great Distance,” an upbeat and cheery woodwind piece with violin/strings, although it does suffer from a generic pop accompaniment.

There are also some orchestral tunes that provide some entertainment as well. “War of the End” is a violin heavy tune with choir that definitely has a flair for the dramatic. Industrial tones are added with the electronic elements incorporated and the end result is strong. Similarly, “Four States” is more militaristic in nature with percussion, strings, choral and electronic elements and is also a decent listen as well.

The other part of the soundtrack features a variety of vocal themes, some of which have off vocal and instrumental versions. “King Forever” is rock focused with groovy rhythms and excellent bass work. The melody and chorus are both extremely catchy and the male vocals fit the song very well. In addition to the off vocal, there is a true instrumental version of this tune as well. Vocals are replaced by piano and there are some light pop vibes. The melody also features some string and e. guitar additions and the end result is also a bit jazzy. It’s quite a transformation but it works quite well.

“Rough Diamond ~Theme of Diamante~” is a rock/electronic tune with male vocals. It’s a bubbly tune with an upbeat nature and the melody and chorus are also quite catchy. However, the distorted effect on the vocals is a bit jarring especially when it happens mid lyric. “Everlasting Land ~Theme of Kreuz~” is much softer in sound with a Celtic influence. Beautiful female vocals help lift an excellent melody and the tune also features some fantastic violin solos. “Pulchre terra ~Theme of Quarrie~” has a holy sound to it due to its organ usage. Combined with Celtic flute, harpsichord, and female vocals, the end result is beautiful and has a classical air to it.

“Can’t stop me now ~Theme of Bastugne~” is another male rock tune, which features synth accompaniment. The vocals are a bit gritty and the excellent guitar solos and funk help give it a classic rock feel.  The instrumental version of this tune has the vocals replaced by guitar, both electric and acoustic, and transforms it into more of a slow jam. It’s a very warm rendition compared to the original.

“The Love We Claim” is a pop rock ballad with male vocals. Featuring drum pad and an electric guitar focus, the end result sports a beautiful melody and some guitar solos as well. Lastly, “Elmitra of the Eve ~A Tribute to GALTIA~” is an energetic rock tune with male vocals. A strong performance helps elevate the electric guitar melody and the riffs help give it some extra oomph.

The GALTIA Original Soundtrack is a hodge podge of musical sounds. From jazzy vibes to more militaristic appeal, the soundtrack certainly covers the gamut of what one might expect in a visual novel game. The various vocals are all generally well written and performed and help give each region in the game a distinct feel. Fans of ZIZZ Studio will certainly find something to enjoy, even if they haven’t had a chance to play the game. 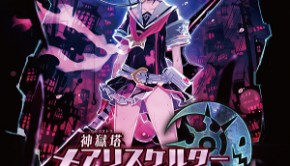 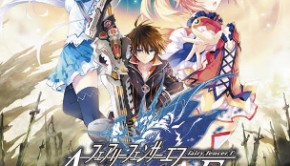 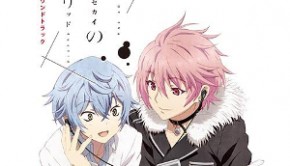 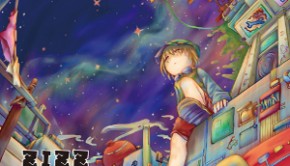