The Gal☆Gun Doki Doki Sound Zenbu Iri! album features the soundtrack to the Xbox 360 game, Gal☆Gun a rails shooter featuring anime girls. Given this soundtrack calls for a different sound than what III has been creating within the Megaman Universe, how does it pan out and is it worth a listen?

The soundtrack to the game features a mix of vocal themes and BGM. The vocal themes are relegated to the ending credits with four different versions, presumably character specific. There is also an opening theme. Each of the themes also has a full length version and an instrumental version. The opening theme, “Exciting☆Merry-Go-Round (Movie Version)” is an upbeat pop tune. The melody is pretty catchy, but the vocals do leave a bit to be desired. “Pinky Swear” has a soft pop sound with another decent melody. Fortunately, the vocal performance is much more tolerable. “Softly, Lightly” is a rock tune with some electronic accompaniment. It’s an energetic tune for sure, but suffers a bit from the vocals. “Seven-Colored Palette” manages to provide a beautiful strings-focused ballad and is, in my opinion, the strongest vocal track on the album. Lastly, “LOVE HEARTS” is a decent pop rock tune with an upbeat melody and soundscape and manages to match in tone to the opening theme.

The BGM for the game varies in style and most of it is rather innocuous in the sense that it serves its purpose in-game, but on a standalone listen, it might not really standout. However, there are some interesting tunes to mention. “Sudden Confession” is a playful tune that has a pretty decent melody as well, although it might become a bit repetitive after a while. “Life in the Exciting Academy” is also an upbeat and playful tune with its synth led melody. “Feelings That Can’t Be Transmitted” is a beautiful music box rendition of another theme later on the soundtrack, “Transmitted Feelings.” This version is poignant and features warm synth and violin. “Fight at Sunset” is a decent battle-like tune that definitely reminds me of Megaman in the melody. It’s one of the better tunes on the album.

Although a lot of the soundtrack features this type of sound, there are also some genres represented. “Absolutely Invincible Lady” has a more orchestral flavor to it and manages to impress with its melody. “Violent Performance” is a synth rock tune and manages to create a nice energy and features a decent melody. “May It Reach You” also features a synth led melody, but the accompaniment is much more dance oriented and is another highlight on the album. There are also other tracks related to feelings akin to the aforementioned “Transmitted Feelings.” Both “Joining Feelings” and “Connecting Feelings” are really poignant and beautiful tunes that focus on a pop flavor. On the other hand, “Bursting Flavor” still contains the same type of atmosphere, but opts to use electric guitar. In addition, it’s also an arrangement of the opening theme and one that is much more tolerable thanks to the instrumental lead.

In the end, the Gal☆Gun Doki Doki Sound Zenbu Iri!  is serviceable, but a majority of the tunes may not really stick around in your head. There are some great tunes on there, but they are few and far between. On the whole, it’s an average soundtrack with some above average spots, but fans of III’s other works might not enjoy the direction of the soundtrack, especially if they are more familiar with the Megaman style tracks they have created in the past. 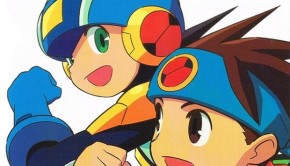 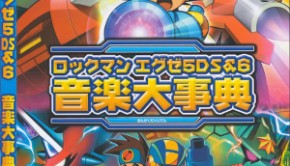