In this email interview, Emmanuel Lagumbay talks about the founding of The Summoners’ Orchestra, and the experience of working alongside Riot fans and employees. While the orchestra does not exclusively cover pieces from League of Legends, its usual setlist and theme (not to mention its name) do take root in Riot’s trademark franchise. Emmanuel talks the music he’s arranged as well as future endeavors for the orchestra.

Emily: Can you tell me about your background in music? How did you first start arranging game music?

Emmanuel Lagumbay: I started by playing trumpet in middle school, circa 2005. I learned to read treble clef, and rhythms and such all starting then. In 8th grade, I wanted to write my own piece after performing a piece in 7th grade that was written by an alumnus of the school when he was in 8th grade. I’m a little competitive. So, I wrote a piece in Finale called “Selus of Amoe,” based on a character I made in Guild Wars. Mind you, I had no idea how to read bass clef, being a trumpet player, so my music was primarily all done by ear. After handing in initial drafts, I quickly learned what dissonance was and that I shouldn’t do it for 5 minutes straight. 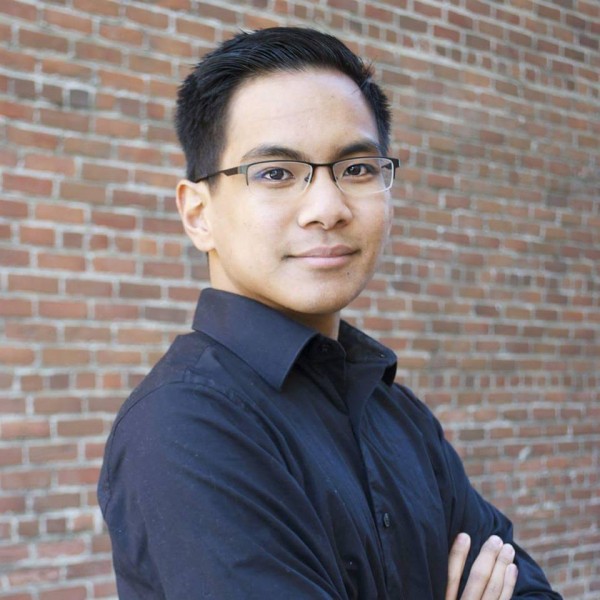 After middle school I joined the marching band in high school. I played trumpet for a year, switched to mellophone and then French horn, and marched in Pacific Crest Drum and Bugle corps for 4 years. I finally learned bass clef in college when I took theory and piano classes, where I also played in West African drumming ensembles, and joined a choir for the first time. After a year and a half, I decided I wanted to conduct it as part of my senior project… and that is how I really get into my video game arrangements. I had done some covers here and there in the past, but nothing extraordinary barring a few luckily shared League of Legends (LoL) pieces I arranged. But during this senior project, I had to physically notate and rehearse video game arrangements with live musicians.

Emily: How did you found the Summoner’s Orchestra?

Emmanuel Lagumbay: TSO was officially founded in 2015. The idea came from my relationship with the Summoners Con directors. The previous year, I submitted my music to them so they could use it as background stuff while the con was going on, and in-between panels. For 2015, I decided to step it up and say “Let’s do a live orchestral performance.” They said “Sure!” and that was the beginning of something new! I honestly owe it to the directors for really taking on the endeavor without hesitation. It would not have been done without them.

Emily: Can you tell me about the recruiting process for the orchestra? How would interested musicians get involved?

Emmanuel Lagumbay: There’s all kinds of different people in The Summoners Orchestra (TSO). Some are currently high school students, looking into college and studying music. Others are current college students, others teachers, whether private lessons or in public education. In its core though, TSO is full of people that enjoy playing video games. They get to share their love for music and passion for gaming in the same zone, and it’s a culture I love to keep within the ensemble. We talk and banter about eSports, gossip about upcoming titles, and try to play with each other in the plethora of online games. I really believe that that helps set the atmosphere for our performances. We’re out to have fun, but also to execute musicianship at as high a level as we can. 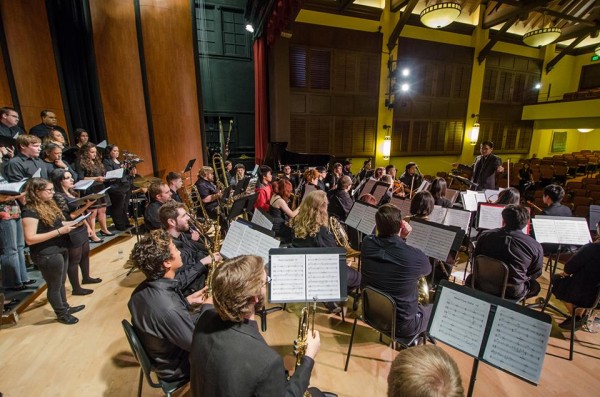 The musicians are usually given the music weeks in advance, sometimes even months. However, there have been times when something changed and music had to be given either days before or even worse, the day of the concert. They’re expected to have looked over the parts, and would come to rehearsal ready to tackle most of the musicality of the pieces. Since we only really rehearse when we perform, we only get together a few times a year, depending on what performances we can line up. Most of the members are professional musicians, with studio credits in film and game scores, so I’m lucky to be able to hand them something and they execute at a high caliber! I handed one of my trumpet players a French horn part and asked “Can you transpose this? We don’t have horns for this performance and I’d love to hear this part.” He did it on the spot… at our first rehearsal… and our first run of it. I’m surrounded by talented folks!

Anyone who wants to get involved with TSO is welcome to contact me. There is an audition process that involves playing a piece or two, and is definitely meant to help cultivate a high-quality nature and culture of musicianship in the ensemble. Oh, and being a gamer is a huge plus.

Emily: How do you choose which pieces to arrange for TSO?

Emmanuel Lagumbay: It’s certainly a need-by-need basis. Programming a concert is like one of my top focuses. I’ve been to concerts that don’t have ebb and flow, or are logistical nightmares, so all of that comes into play when deciding what to arrange. There’s also the idea of what story we want to tell at the concert. What is the theme that’s happening? What about the popularity of the pieces that we’re doing? In a classical sense, we don’t want to perform Elgar for a crowd expecting to hear Mahler. Both are great, but there’s a time and a place.

Emily: Last year, you performed at Summoners Con – how did you get the ensemble together for that, and decide your setlist? What was that experience like?

Emmanuel Lagumbay: The ensemble was MADE for Summoners Con, and 2015 was our first ever performance. The directors and their social media helped with recruiting. I reached out to the Materia Collective. I just asked anyone I could that would be interested. A handful of the musicians I had performed alongside in the past, and others I was meeting for the first time. It was super awesome, but definitely a challenge. You can see that experience first hand in the documentary that it got featured in here (starting at 6:18).

As far as deciding the setlist, I essentially had to do a “greatest hits” of LoL music at the time. Worlds had just finished and I knew Worlds Collide would have been awesome. I jumped onto Nicki Taylor’s stream on Twitch, and seriously asked her right there if she’d be down to perform it live for the first time. She was going to be at the con anyway, so I figured why not. She told me to email her and that was that! Without a doubt, one of the kindest people I’ve gotten to work with at this level.

I also had to find pieces I thought could be feasible for the ensemble we had at hand, so I picked pieces we could work around that featured brass or smaller ensembles within. I knew that I also HAD to do the theme that everyone hears while playing a game on Summoners Rift, so “Tales of the Rift” was an obvious choice. Being a fan of LoL, it’s easier for me to know what people are listening to since I’m so active on the subreddit. Whenever a new track hit the front page, it was obvious that that was something to look at programming. Then, reading the comments and seeing people say things like “Oh man, this is cool but remember ____?” The community really dictated the greatest hits concert we essentially threw there.

Emily: You’ve also worked with LaVerne Symphony Orchestra in the past, and have spoken about creating a regular game music festival. Is this something still in the works?

Emmanuel Lagumbay: I have! I was conductor from 2014 to 2017. While I’m not as involved with LVSO, the creation of a regular game music festival (that totally isn’t MAGFest) is still in the works with a handful of other people I’m collaborating with. Things are very much still early, and I don’t have much concrete enough to talk about yet, but yes… yes it is, and it will happen sometime. When it’s ready…

Emily: You’ve also performed other game themes- are there any soundtracks in particular you are interested in covering?

Emmanuel Lagumbay: After I fulfill the need to throw an entire League of Legends concert with TSO, yes – there are certainly a lot of soundtracks I’d love to cover. I have a passion for a lot of Blizzard games, as that was some of the first PC gaming I had experienced. I grew up playing Diablo 2 with my brother. Learned a lot about Warcraft through my brother-in-law, and played through so many different user map settings in Starcraft. I would LOVE to produce a concert featuring Blizzard’s music.

Emily: Which has been your favorite League cover to date? Are there any pieces you want to cover that you see as a future challenge?

Emmanuel Lagumbay: I have a real soft spot for “Quinn and Valor.” There are some personal reasons that I really connect to that piece, and fun little tidbit – while it’s not explicit in the documentary, when I’m talking about my family, Quinn and Valor’s theme plays in the background. With Riot’s team continually shelling out fantastic content, there’s always something new I want to cover. I have been wanting to do a cover of “Welcome to Planet Urf” for awhile though, so that might have to be priority number 1, and certainly a challenge considering its beat-heavy focus. 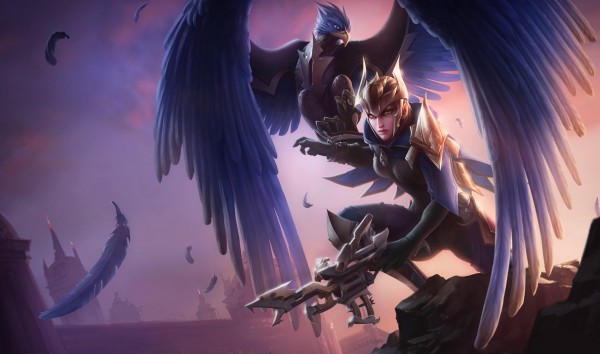 Emily: Is there anything else you’d like to share about your experience with the Summoner’s Orchestra? What’s next for the group?

Emmanuel Lagumbay: These are some of the greatest people I’ve had the pleasure of working with. I’m lucky to have been able to conduct them, and hope to continue that very soon. I’m currently looking into making it a non-profit organization with the purpose of bringing more video game music to communities, and having a place where musicians interested in gaming can connect and perform more live music together. Since we only really rehearse for performances, I’m absolutely looking forward to the next time we all meet and rehearse again. After performing alongside CAPCOM Live at Gamacon in Mexicali this last November, the group is actively looking for their next opportunity with the timeline aiming for summer 2017.