The album will feature the greatest hits by Chris Huelsbeck performed on piano, as well as a limited edition printed and bound score book. In close collaboration with Huelsbeck, fan-arranger Patrick Nevian (Amiga meets Piano) will arrange and perform the music. Included are pieces from The Great Giana Sisters, Turrican, Apidya, R-Type, Gem’X, Extreme Assault, Jim Power, and a few surprises. The album will also be accompanied by a score book, featuring both faithful transcriptions of the recordings and beginner-friendly additional scores, as well as a biography on the composer.

The digital and physical albums are available to those who pledge 19 USD and 29 USD respectively, while those who pledge more are eligible to receive the score book and other goodies. Fore more information and samples, check out the Kickstarter campaign. 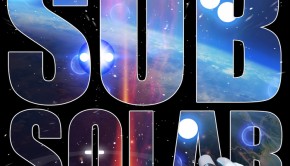