The Boku to Sekai no Euclid Original Soundtrack accompanies the visual novel of the same name developed by tangentθ. Featuring music from Yosuke Kurokawa, Masayuki Adaniya, and Toshimichi Isoe, all of ZIZZ Studio, as well as a mini-drama, what is the overall impression of the soundtrack?

The album opens with “TRUE QUALIA (Short Ver.),” featuring vocals by Kanako Ito and composed by Toshimichi Isoe, and is a catchy pop rock tune with a decent melody. While it isn’t the best vocal that Isoe has produced, it does a good job at creating a lot of energy. His other three vocal themes on the album fare a bit better, in my opinion. “Desert Snow,” a male vocal performed by Masatomo Nakazawa, is a great pop rock ballad with a wonderful guitar solo and a very memorable melody. In terms of tone, it reminds me of a slow rock meets something from Nobuo Uematsu’s Anata wo Yurusanai. “I Was Here,” sung by Atsushi Tamaru, is a beautiful piano ballad with light rock elements. The performance is excellent and the melody is one of my favorites on the entire album, not to mention the power ballad guitar solo thrown in for good measure. There are also two other variations of the theme, sung by Tamaru and Nakazawa. Lastly, “Connected Feelings” is another male vocal pop ballad sung by Atsushi Tamaru with some rock elements that works quite nicely to close off the soundtrack portion of the release.

In addition to the vocal themes, there are a few instrumental renditions of some of the vocal themes above. “Your Feelings,” composed by Yosuke Kurokawa, adapts “I Was Here” into a beautiful piano piece with some synthesized choral tones and light electronic accompaniment to give it a softer atmosphere. “ANOTHER QUALIA,” also by Kurokawa, is a warm acoustic rendition of the opening theme that adds a nice poignant touch. “My Wish,” is a wonderful piano rendition of “Desert Snow.” It also features some ethereal vocal backing and some light pop influence. Lastly, “Tomorrow’s Flower” is a soft pop rendition of “Connected Feelings” that gives off a sense of innocence in its tone. All of these help add a nice sense of cohesion among the various songs on the album. Speaking of softer themes, “Those Memories” is a contemplative piano and violin piece with a melancholy tone and a beautiful melody that also gives off a bit of a mysterious air. Another melancholy theme is “Mafuyu’s Moon,” with its piano and cello combination that is also a bit reflective while “Gentle Lies” is a piano and guitar driven piece that exudes warmth through its melody. Of the instrumental themes that don’t work, “Amazing” features organ with big band brass and jazzy piano. It is a jovial tune, but certainly falls a bit short.

“World That Never Changes” is an upbeat theme with a pop sound featuring some piano and synth led melodies with drum pad and some acoustic guitar as well. The melody itself is decent and the overall experience is enjoyable. “World That Repeats Itself” is a piano and strings piece with some ethereal synth and the resultant mood is quite pensive and mysterious tune. “World That Must Be Overcome” is definitely more electronic oriented with some modern leanings. It feels out of place on the soundtrack, which is comprised mostly of softer tones, but the melody is quite wonderful. The remaining tracks are all more atmospheric in nature. “True Scars” is eerie and features some piano to help amplify the atmosphere while “For What?” is an atmospheric and mysterious piece with synth, percussion, and other electronic elements. Lastly, “True Answer” is a darker piece with some grungy rock riffs but is one of the more forgettable tunes on a standalone listen. The album also features a mini-drama with a classical piano waltz backdrop. For non-Japanese speakers, the conversation will be lost to the listener, but the music is quite nice.

Overall, the Boku to Sekai no Euclid Original Soundtrack is quite solid. Featuring a nice blend of pop rock ballads and various instrumental renditions of said themes, as well as some more melancholy and atmospheric pieces, those who appreciate music of various visual novels or other output from ZIZZ Studio composers will most likely find something to enjoy with this soundtrack. 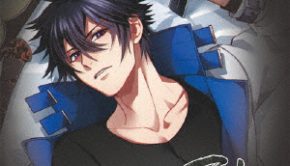 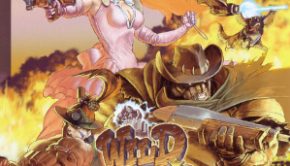 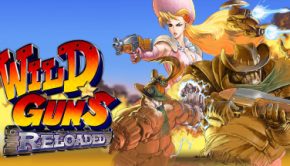