Stephen Meyerink is me! Hello there! I'm a Japanese-to-English video game and manga translator! I kept RPGFan Music running for a few years, studied Japanese in grad school, and now bounce back and forth between California and Tokyo in my endless quest to make Japanese video games magically transform into English ones. I'm a lifelong lover of game music, and I'm ever seeking ways to spread awareness and appreciation of the medium to both new and longtime listeners. 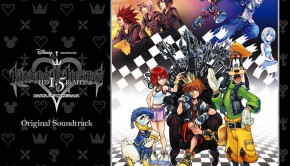